Dora Trittipo’s breast cancer diagnosis had a profound effect on her perspective. 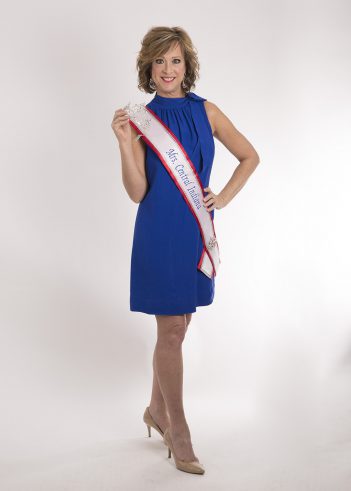 “I wasn’t really stopping and thinking about what I wanted to do with my life,” Trittipo said. “It made a difference with how I look at things. I take many more risks. I like to travel more. I don’t let any opportunity pass me by. I know life is short, and I just try to live it to the fullest. People say I want to be normal again. It’s never the old normal, it’s a new normal you learn to live with. You live your life like there is no tomorrow because not everyone is promised that.”

One of those risks was deciding to compete in the Mrs. Indiana competition April 21 in South Bend.

Trittipo, 55, will be one of 15 contestants, serving as Mrs. Central Indiana.

“I want to talk about my life story with metastatic breast cancer and help other women get the support they need as they go through their journey,” she said.

Trittipo’s husband, Paul, said he was initially surprised his wife wanted to participate, mainly because he thought it was more of a beauty pageant.

“Not that Dora isn’t beautiful, but we have been married longer than most of the contestants have been on this planet,” Paul said. “However, it does provide a great opportunity for her to promote her platform. It also makes me proud that her two main sponsors are the foundation she volunteers for, the Megan S. Ott Foundation, and the (Community) Cancer Center that has continued to save her life for over eight years now.”

Ott was a teacher at Hazel Dell Elementary in Noblesville, where the Trittipos’ two children attended.

Growing up on the south side of Indianapolis, she graduated from Perry Meridian High School. She and her husband moved to Noblesville after getting married 31 years ago.

A registered nurse, Trittipo shifted to a position as a system analyst for Nordic Health Care, a consulting firm, in 2011.

“I travel around the country to help with tools that nurses use,” said Trittipo, who previously worked at Community Health as a nurse for 25 years. 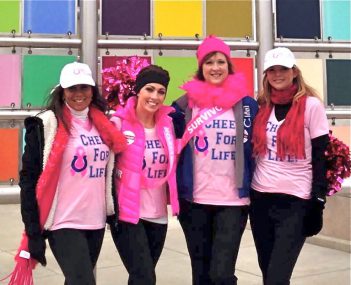 “Then in occurred again in the lining around my heart in 2017,” she said.

“That’s forever or until it stops working and then they try something else,” she said.

Despite that, Trittipo is able to work full time.

“I don’t have many side effects, so it doesn’t slow me down much,” she said. “I feel lucky and blessed that is the case. Not everyone is that way.”

Her mission is to raise awareness and support for women and families that are going through metastatic breast cancer treatments.

“Unfortunately, a third of them don’t live a year after they are diagnosed,” Trittipo said. “The life expectancy is less than two years after you are diagnosed. I’m lucky I’ve lived over four years and doing really well on my treatment. I respond well to my chemotherapy, and my doctors take such great care of me at the Community Cancer Center. They take good care of me, so I can continue doing all the things I want to do.”

Trittipo has two children, Colleen, 25, and Jack, 22, both Noblesville High School graduates. Colleen works for a tutor and substitute teacher. Jack is a senior at Butler majoring in biology and chemistry.

“He is going to IUPUI this fall in an accelerated nursing program, so he is going to become a nurse like his mother,” Trittipo said. 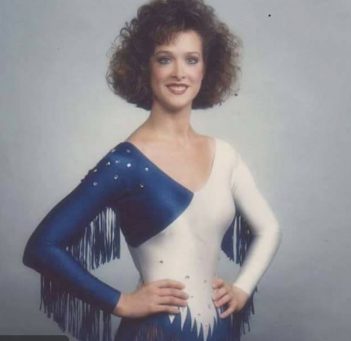 Trittipo was a Colts cheerleader in the ’80s. (Submitted photo)

Shelly Walters and Dora Trittipo were Indianapolis Colts cheerleaders together in 1984 and ’85, the team’s first two seasons in Indianapolis. 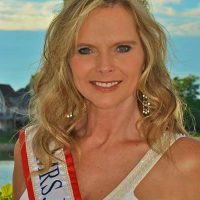 Walters, a Carmel resident, was named Mrs. Indiana in 2014.

“She’s been a great help to me navigating through what the pageant is all about because this is all new to me,” said Trittipo, who said she is working hard to be fit for the competition.

“She’s fought death a few times and has the biggest attitude,” Walters said. “Everybody tells her that. She smiles right through things and has fun. She went to Colts game and wore a pink wig because she was wearing wigs for a while. She got really sick in January and went to the hospital, and some didn’t think she’d go home, but she keeps bouncing back. She was my captain when we were cheerleaders, so she has always been this strong leader.”