You are at:Home»Lifestyle»Travel»Column: Miracle of the Salute 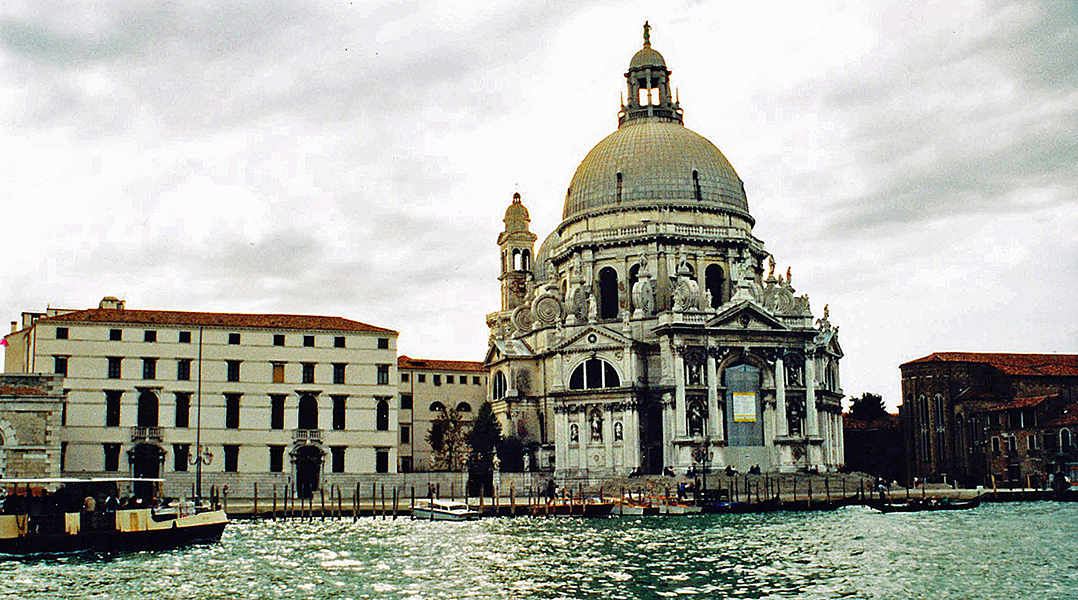 One of Venice’s brightest and most uplifting buildings remembers a dark period in its history, when it took a miracle to save the city.

In 1630, a new outbreak of the bubonic plague hit Venice. A third of its population of 140,000 was soon dead and prayers from local churches had not stopped the dying. With the survivors desperate, the Venetian Senate appealed directly to Saint Mary, promising to build a magnificent church in her honor if the wave of death subsided. It did, and the Senate immediately initiated a competition for a suitable design. Baldassare Longhena, a 32-year-old Venetian architect, won the competition, proposing an ornate octagonal structure, topped by a massive dome and entered through a triumphal arch. According to Longhena, the octagonal shape, never before used for a church, symbolized Mary’s virginity and the overall look, suggesting a crown, honored her as Queen of Heaven. A site was selected at the end of the Grand Canal across the water from Saint Mark’s Square. Before construction could begin, 100,000 piles were driven into the ground to support the foundation. Construction of the Basilica of Santa Maria della Salute (Saint Mary of Health) began in 1631 and was completed 50 years later. The interior of the basilica, commonly called Salute, contains numerous masterpieces by Titian, who lived in Venice in the 16th century. Much of the art suggests Venice’s miraculous deliverance from the plague. A black dot in the center of the floor, directly below the statue of Mary standing atop the dome’s lantern, is said to radiate healing energy.

Every November 21, crowds walk on a temporary bridge built over the Grand Canal from Saint Mark’s Square to the Salute, where they celebrate Mary’s protection of the city. For Venetians and visitors alike, it is one of Venice’s most important days.