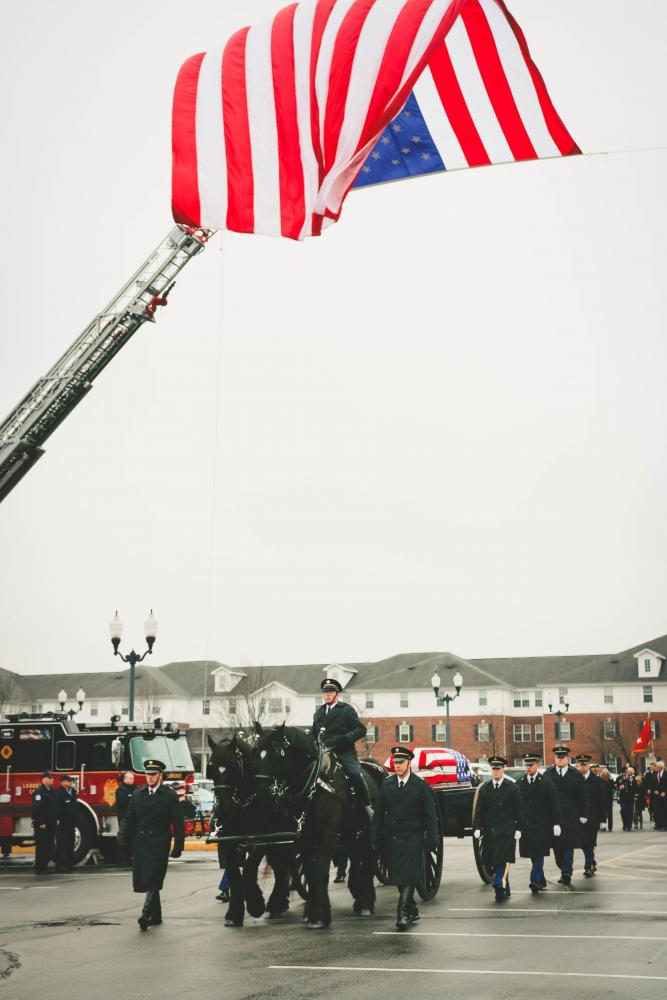 Services for Major Gen. Ronald E. Brooks took place March 27 at Lawrence Ivy Tech’s auditorium after the funeral cortege made its way from The Garrison. Brooks was Fort Harrison’s final commanding officer and is credited for the reuse of the former army facility into a thriving civilian community. The two-star general made his home in Lawrence after his retirement. His service included full military honors and speakers for the service included Dan Wheeler from the American Legion, Major Gen. R. Martin Umbarger, U.S. Army, retired, and Bob Spanogle, a friend of the Brooks family. Brooks was buried in his home state of Tennessee. (Submitted photo)