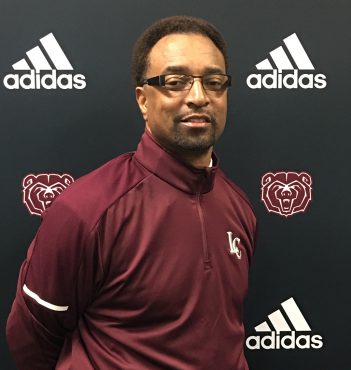 Wynne works in the school district at Brook Park Elementary, where he serves as the behavior mentor.

Prior to his new role at Lawrence Central, Wynne was the girls varsity basketball coach at Arlington High School (2016-2018) and T.C. Howe High School (2013-14). He also has officiating experience.

“We are excited to welcome coach Wynne to Lawrence Central,” Lawrence Central Athletic Director Ryan Banas said. “His commitment and passion for the game of basketball, along with his love for Lawrence Township and Lawrence Central, is a winning combination that will undoubtedly strengthen our program and support efforts to ensure the success of current and future players.”

“It is a privilege to join the LC family and its strong tradition of academic and athletic excellence,” Wynne said. “I look forward to working with student-athletes, building the girls basketball program and facilitating a growth mindset where student-athletes understand that hard work pays off in the long run if you trust the process.”

Wynne is a 1984 graduate of Lawrence Central High School and attended Lane College in Jackson, Tenn. His new position was finalized at the district’s April 16 board meeting.