You are at:Home»Current in Noblesville»Noblesville Community»Council looks to rearrange funds for Logan Street Pedestrian Bridge 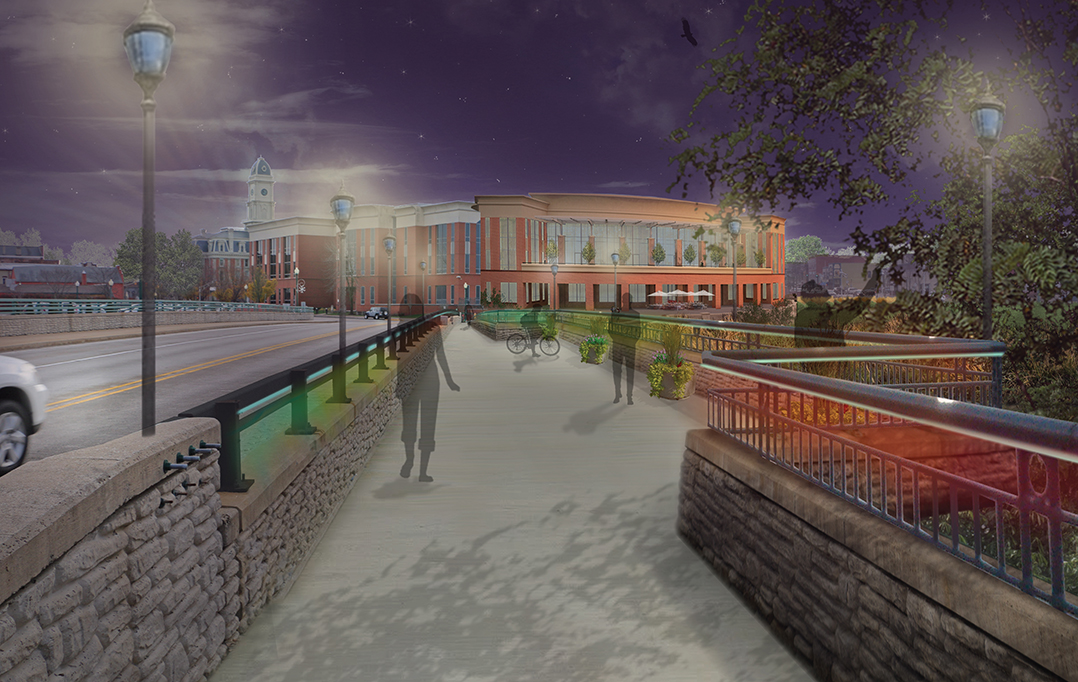 The Noblesville Common Council at its April 10 meeting took the first steps in approving a $1.2 million expenditure to fund the Logan Street Pedestrian Bridge downtown.

A joint project with Hamilton County, the pedestrian bridge will be built along the existing Logan Street road bridge, connecting the downtown square with Federal Hill Commons.

“This is an additional appropriation ordinance to pay what is proposed to be the city’s share of improvements to the Logan Street bridge, creating a pedestrian bridge alongside the regular transportation bridge,” City Controller Jeff Spalding said at the meeting. “That bridge will be built by the county. It will be actually owned by the county, and the city’s contributing to that, so this money is being appropriated as such, as a public-purpose grant from the city to the county. What this does is establishes the funding for the city’s portion of that project.”

At an estimated $3 million to complete construction, with approximately half paid for by the county, the City of Noblesville will pay $1,222,750 with the increased budget appropriation, which will be granted to the county to begin construction this year. When Council President Chris Jensen asked about a timeline, City Engineer John Beery said the project would be complete “about a year from now.”

The proposed ordinance changes the general fund budget passed by the common council in October 2017 to increase funding for the Dept. of Public Works and in the “Services & Other Charges” category.

Councilors preliminarily approved the ordinance unanimously, 9-0, which established a public hearing for its next meeting at 7 p.m. April 24 at City Hall, 16 S. 10th St., Noblesville.