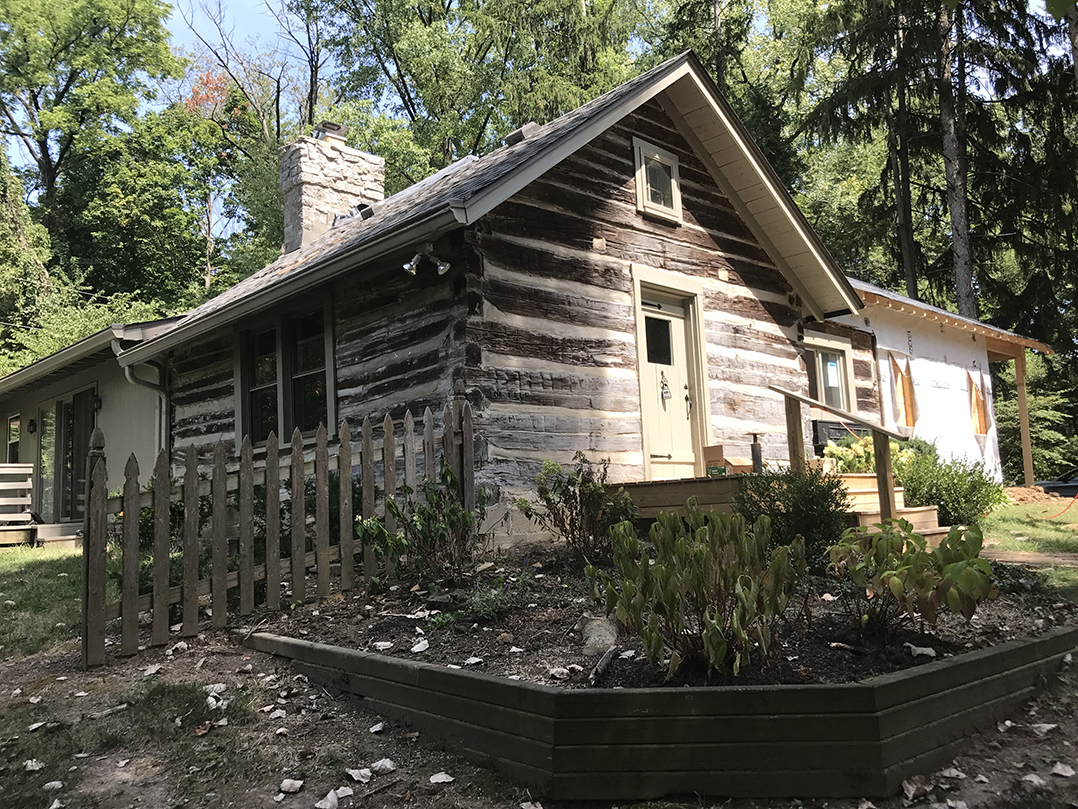 Historian Katherine Dill has researched 13 log cabins in Carmel, including this one at Pine Valley Drive. (Submitted photo)

Katherine Dill set out on a quest to rediscover Carmel’s history by documenting all of the log cabins in city limits. In the spring of 2016, she began knocking on doors to learn about some of the oldest homes in Carmel. 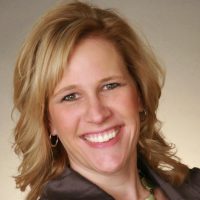 “It’s pretty unique that a community of our size still has some log cabins from the 1800s,” Dill said. “That’s just not common.”

“I’m a history geek,” Dill said. “One of the things that I love seeing is elements of history that are still out there that tell the story.”

Dill is a CCHS volunteer and said she loves to work on certain projects, including her quest to learn more about 13 log cabins in Carmel.

“Within these houses themselves, it tells the story of the community and its growth,” Dill said.  “Everyone thinks of Carmel as up-and-coming, but there really is a lot of deep history.”

Stan Burgess of Indiana Landmarks said what is typically called a log cabin in the Midwest is actually a log home, distinguished by the use of square, hewn logs rather than raw, rounded logs that are more typical of log cabins on the East Coast. Hewn timber was often used in Midwest log-building tradition because the homes were designed to be more permanent, he said, adding that log construction used local materials.

During Dill’s Carmel cabin tour, she saw the original material used to build the cabins, including chinking daub like horse hair, mud, rocks and straw from the 1800s.

Many of the cabins can be found along the White River or local creeks, which were used to transport goods and logs. Burgess said the additions and expansions on the original log cabin structures are a good indication of the pioneer mentality that nothing should go to waste.

Two of the log cabins, the Wilkinson Hull Home and the Kinzer Cabin, are two of the oldest homes in Carmel. Many of those types of structures are vanishing, Burgess said.

“There’s no more powerful link to your heritage than a building from another era,” Burgess said. “It allows you to step into another time in a very concrete and palpable way.” 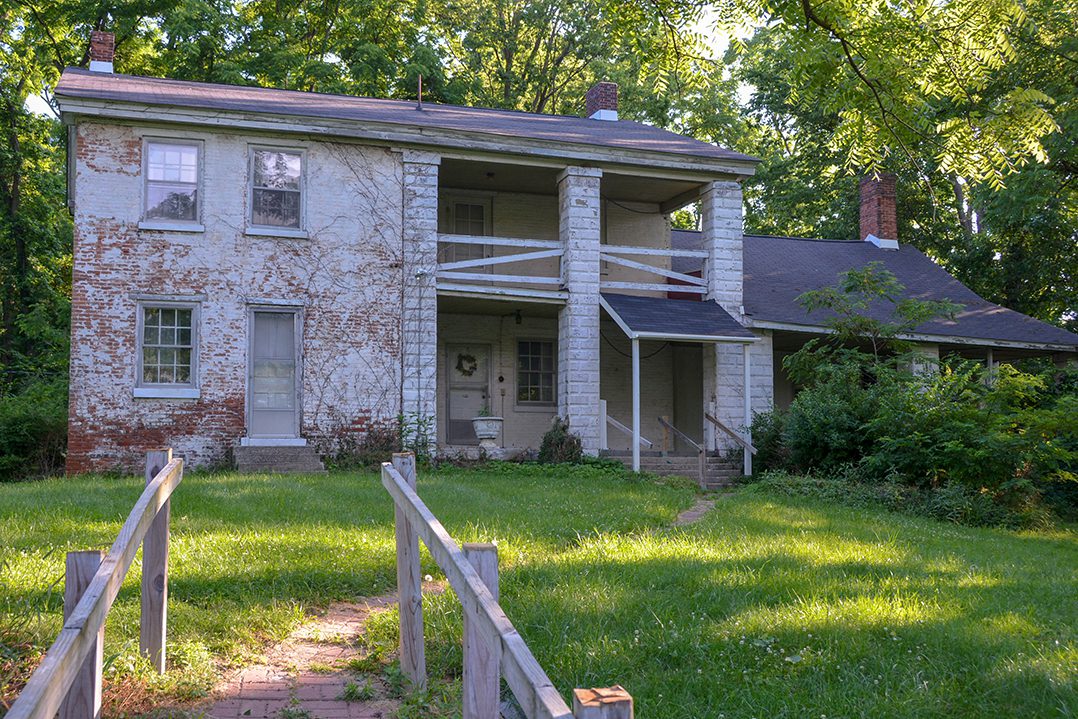 The Wilkinson Hull home, built in 1834 by David Wilkinson, was originally a two-story, two-room log cabin with a double porch.

In 1900, Wilkinson sold the property to Margaret Shackelford. Shackelford’s daughter and son-in-law, Herman and Margaret Dinkelaker, operated Dinkelaker’s Dairy on the property and sold bottled milk throughout Carmel. The farmland, which grew corn and soybean crops, was cut in half during the extension of Keystone Parkway. The original farmland is now the site of the Carmel High School football stadium.

The Carmel Historic Preservation Commission is attempting to designate the property as a historic district. It granted interim protective status to the cabin to prevent demolition. The cabin is on a site recently targeted for redevelopment. 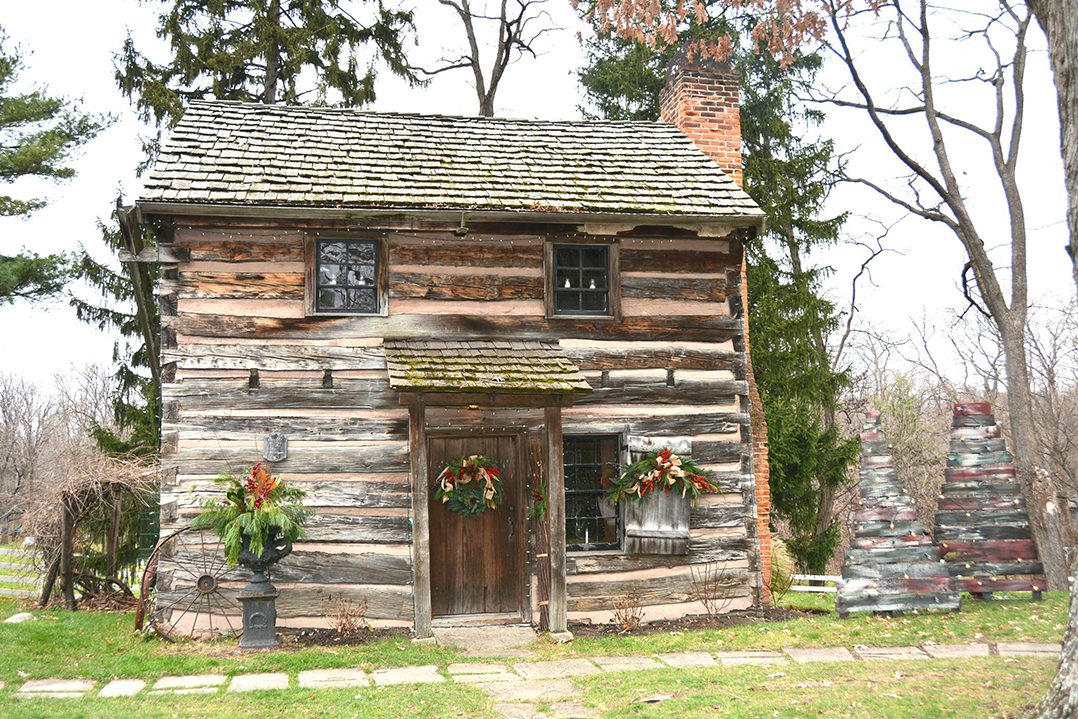 The tract of land which is home to the Kinzer Cabin was purchased by John Kinzer in 1828. In 1830, Kinzer and his wife, Ruth, built a two-story cabin on the property as their home. In 1847, Kinzer built an additional Greek Revival-style white house on the site. The homestead is listed on the National Register of Historic Places. 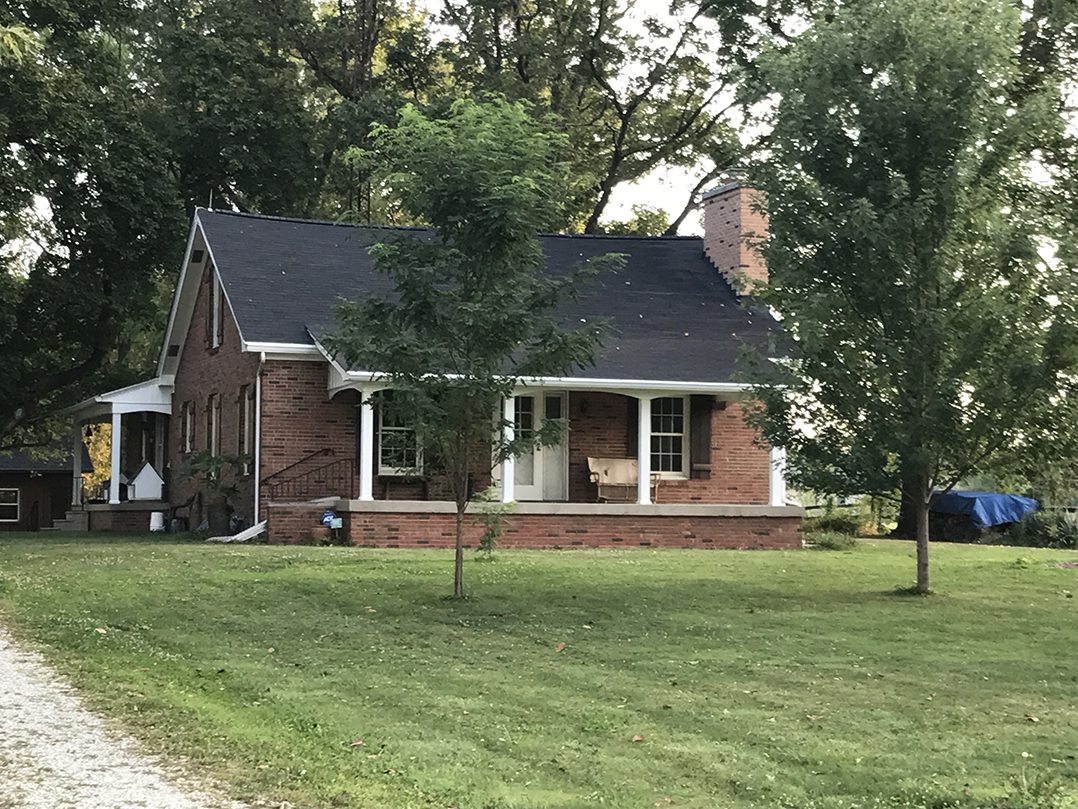 The owners of the W. Main St. log cabin, Donald and Phyllis Morrow, have deliberately maintained and preserved the authenticity of the home. The original cook-in fireplace and a 26-foot log beam remain exposed in the interior of the home, which was built in 1835.

The Morrows added brick to the exterior to give the home a unified look, but a wide chimney on the exterior offers a peek into the home’s rich history. Phyllis said she enjoys that the home is much warmer than more modern homes.

Burgess said he agrees that log homes are cozier than modern stick construction and more air-tight, too. 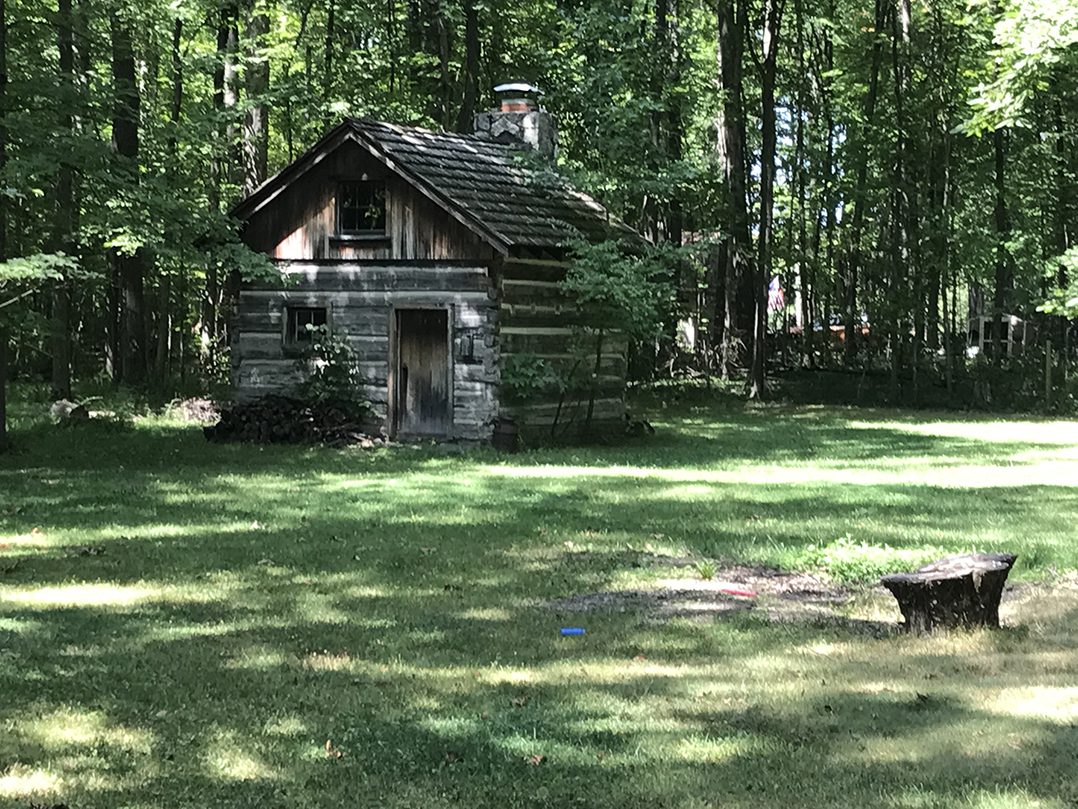 The log cabin on South Range Line Road is comprised of seven log cabins that were transported to Carmel from Camp Atterbury in 1946. An eighth cabin, which was used a guest house, was later added and is now part of a separate property.

Built in Brown County in the 1840s, approximately a century later an Indianapolis dentist bought the cabin and had it moved to Range Line Road in Carmel. It was moved to its present location in the late 1990s.

This multi-room log cabin was moved from northern Indiana within the last 20 years. The owner had intended to restore it but has  yet to do so.

The history of this cabin is unclear. It could have been built by the Frenzle family, which moved to the property sometime after 1933, or built by a previous owner.

A two-story log cabin built in the 1800s makes up the core of the house there today.

Gold course designer Bill Diddle built three log cabins in this area between 1930 and 1931 using materials from log cabins and barns found near the White River in the Meridian Hills area of Indianapolis.

A log cabin built in the early 1800s originally located at 86th Street and Ditch Road was moved here in the late 1800s. Subsequent additions have hidden the original structure.

One room of the home, which looks like a typical ranch home from the 1970s, began as a log cabin. The cabin was built between 1823 and 1866, with the brick additions likely made in the early 1900s.