You are at:Home»Lifestyle»Travel»Column: Napoleon’s triumphant arch 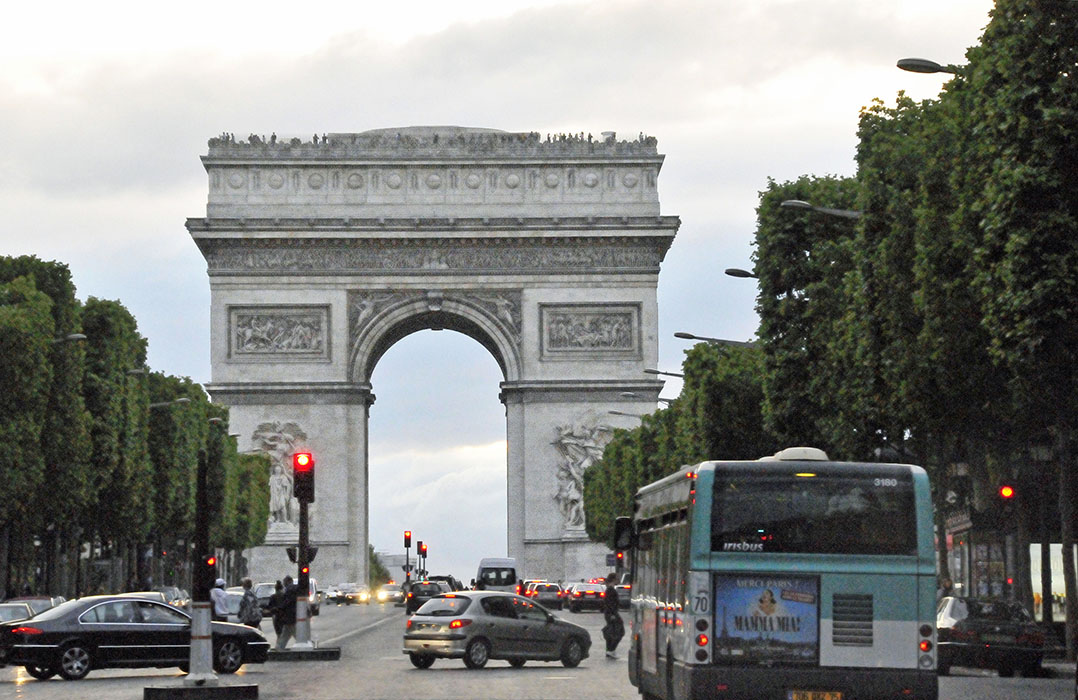 The Arc de Triomphe is the most famous monument in Paris, inspiring both a notorious aerial stunt and an honored American memorial.

In 1805, forces under Napoleon defeated Russian and Austrian armies in the Battle of Austerlitz. Now seeing himself in the fashion of victorious Roman emperors, Napoleon decided that he should be able to march his troops into Paris beneath a triumphal arch. He selected Place de l’Étoile (Square of the Star), a plaza at the western end of the Champs Elysees named for its 12 radiating streets, for an arch modeled on Rome’s Arch of Titus. After repeated delays, the 148-foot by 164 foot arch, officially named Arc de Triomphe de l’Étoile, was dedicated in 1836 during the reign of King Louis Philippe. By this time, Napoleon had been exiled to Helena and never saw his arch, but his body was carried beneath it after being returned to Paris on order of the king in 1840.

On July 14, 1919, French troops marched under the Arc de Triomphe to celebrate their victory in World War I. Three weeks later, a French pilot, offended that airmen had been required to parade on foot, famously flew his biplane through the 48-foot wide arch opening. In 1920, France’s Unknown Soldier was buried beneath the arch. On November 11, 1923, War Minister Andre Maginot lit an eternal flame near the tomb. Each evening at 6:30 p.m., veterans’  groups ceremonially rekindle the flame to remember the sacrifices of French war dead. The moving ceremony inspired Jacqueline Kennedy to place an eternal flame on President Kennedy’s grave in Arlington National Cemetery.

Visitors can climb 284 steps to the top of the Arc de Triomphe, where they can get a spectacular view of the Champs Elysees, considered by many to be the most beautiful street in the world.