Fred Winters, a 12-year member of the Sertoma Club of Broad Ripple, was recently presented the Sertoman of the Year Award. 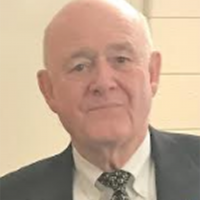 Sertoma is a service organization that raises money for Indianapolis charities through events such as casino parties and monthly bingo nights while also sponsoring hearing presentations at schools, the National Heritage Essay Contest and guest speakers. The primary recipients of the club’s donations are Noble of Indiana and the Cleft and Craniofacial Anomalies Program at Riley Hospital for Children.

With 136 members, the Broad Ripple chapter is the largest all-male service club in Indiana and the largest chapter within Sertoma International.

Sertoma’s President-elect Tom Lange said Winters received the award because of his outstanding service to the club and the community.

“I didn’t feel like I deserved that award, because I work with so many dedicated men who work as hard as I do to raise money for worthy causes in central Indiana,” Winters said.

Winters is a New Jersey native. He studied for three years at High Point University in North Carolina before joining the Air Force in 1965. Early in his career, the U.S. Army sent him to study Russian at Indiana University, where he met his wife, Jacquie.

Winters left the Air Force in 1968 and returned to IU for his MBA. Two years later, he began his 34-year career at Eli Lilly and Company working in international human resources. He and his wife had assignments in Athens, Greece; Rome, Italy; Geneva, Switzerland; and Kobe, Japan.

He joined Sertoma in September of 2006 after retirement because of a desire to give back and contribute to society, he said. During his time as club president, Winters increased membership from 95 to 130-plus and increased annual donations from $80,000 to $130,000.

Winters also serves on the board at Noble of Indiana. He is part of the Indianapolis Symphony Orchestra’s fundraising committee and the senior board at St. Christopher’s Episcopal Church in Carmel.