You are at:Home»Current in Carmel»Carmel Community»Carmel resident vies for Mrs. Indiana title

Lauren Hughes was a cheerleader in high school, so she decided to look into becoming an Indianapolis Colts cheerleader.

She tried out but learned it’s more dance-oriented than the cheerleading she was used to doing. 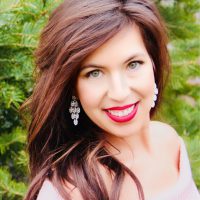 “I saw some of the other girls’ information, and I didn’t know there were Mrs. pageants,” Hughes said. “I looked into it and here I am.”

Hughes, 36, applied and will hold the title of Mrs. Carmel at the Mrs. Indiana pageant at 6 p.m. April 21 in South Bend’s Century Center. The winner advances to the Mrs. America competition in Las Vegas in August.

“I wanted a different way to get involved and meet more people,” Hughes said.

Her platform is heart health for women. Although she does not have heart problems, Hughes said her family has a history of heart disease and congenital heart defects.

“I do some social media for (the) American Heart Association as an advocate,” Hughes said. “At a state and national level I want to motivate other women and set an example of following their dreams but also staying true to themselves and who they are. Taking care of themselves is key to being up for the task of being a wife and mother.”

“My husband has learned I need projects once a year,” Hughes said. “He’s super supportive.”

Andy Mohr Toyota, where Chris works, is one of Hughes’ sponsors. Others include Rejuve Spa and Salon and Leena’s Bridal & Formal.

“My inspiration in my life are both of my grandmothers Elinore “Ellie” Vascik and Joan Zale,” said Hughes, whose maiden name is Zale. “They truly have taught me how to take care of my marriage and children but also remember to take care of myself. Both have been married to my grandfathers for more than 60 years, and I find it absolutely amazing.”

There is a Fabulous Face contest, where voters can pledge $2 a vote for each candidate, to raise money for Victoria’s Voice Foundation, which takes aim at reducing drug experimentation, addiction and overdose. The candidate who raises the most money gets a spot in the top six.