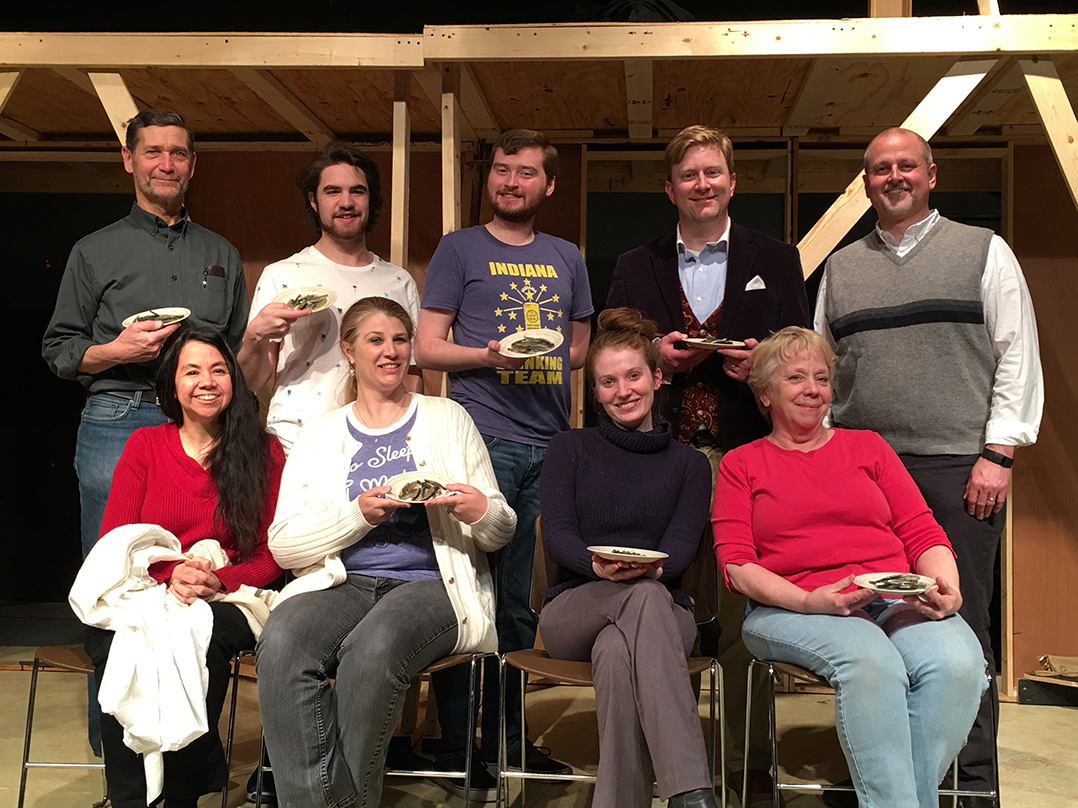 Brent Wooldridge was asked by Main Street Productions to submit a show he might like to direct at Westfield Playhouse.

“I thought ‘Noises Off’ would be a fun show to do because it’s considered by many to be the funniest show ever written,” Wooldridge said. “It’s typical classic farce because of all the door slamming and people running up and down stairs.”

Westfield Playhouse will present “Noises Off” from April 6 to 22. The comedy of a play within a play was written by Michael Frayn.

“In Act 1, you see the last rehearsal of the play before the show opens,” Wooldridge said. “So, you get to see how the characters interact and the relationships between the characters. Then in Act II, it’s about halfway the run of the show and they are doing a matinee, and the set is going to be turned around 180 degrees. So, we’re seeing the show, how it’s been performed in front but we’re seeing all the backstage stuff that is going on from the actors. That makes it a lot of fun but also very challenging because the timing has to be very precise.

“In Act III, you turn the set around and it’s towards the end of the show’s run, and everything has all fallen to pieces. Half the cast doesn’t like each other anymore. People love it because they can relate because of all the things that can go wrong in a show that is not supposed to. Like when you pick up a phone and the phone continues to ring, or the phone doesn’t ring when it’s supposed to.”

Wooldridge directed “Agnes of God” at Westfield Playhouse several years ago and was eager to work with the Main Street Productions again with the group.

“This production is challenging for the set designer to design an upper and lower stage setting and then being able to rotate the set when needed,” play producer Cheryl Fesmire said. “It is remarkable to be able to design and build this set on such a small stage. Many theater-goers are familiar with this show and come to enjoy farce at its finest. This is definitely a feel-good show which requires a lot of physical effort from the actors and deft direction, which Brent is delivering.”