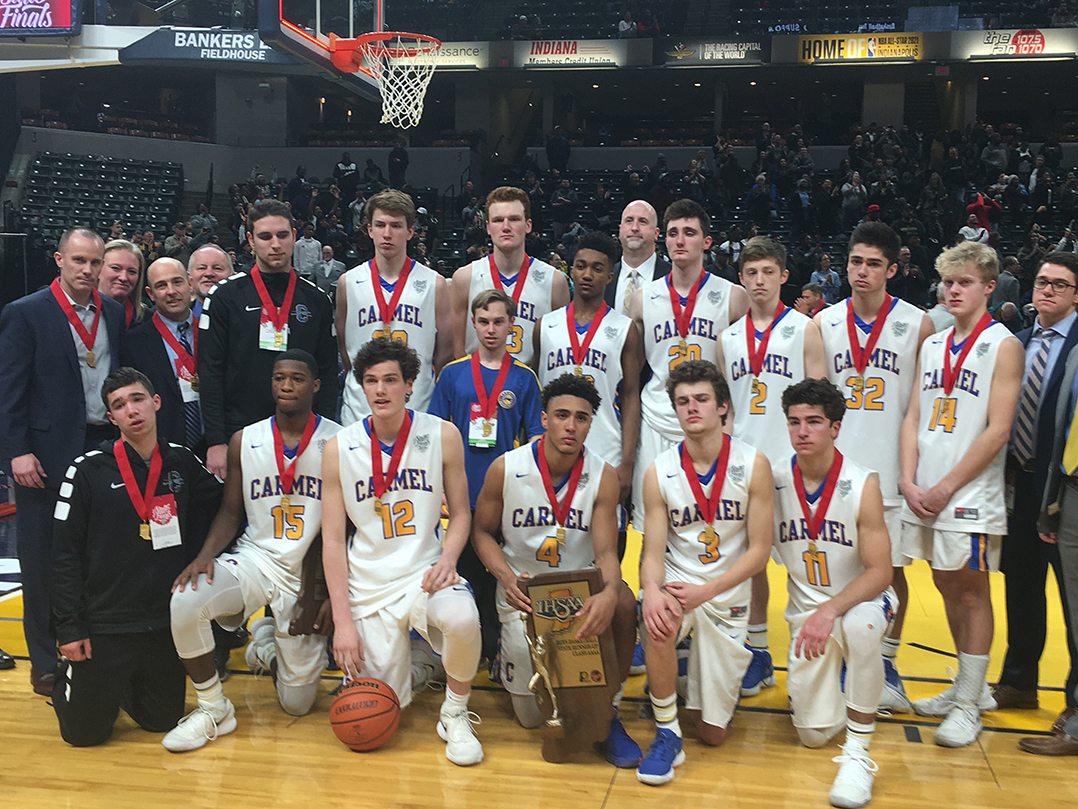 In mid-January, the Carmel High School basketball team was 8-5 and not given much thought as a serious Class 4A state title contender.

But the Greyhounds won 13 of their final 15 games to reach the 4A state championship game before losing to unbeaten Metropolitan Interscholastic Conference rival Warren Central 54-48 March 24 at Bankers Life Fieldhouse in Indianapolis.

“I give a lot of credit to everybody on the team and the coaching staff and the community as a whole, because it would be easy to just give up, just shut down and  call it quits,” said senior Jalen Whack, whose team finished with a 21-8 record. “We have guys that fight. That’s the kind of guys you need to make a deep run in the tournament. I think we did a good job of that.”

Whack and senior Eddie Gill Jr., son of the former Indiana Pacers guard, both missed several games early in the season because of injuries. 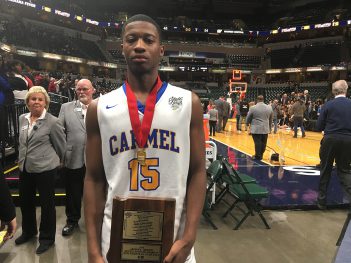 “It was a learning process,” Osborn said. “It was a coming-together process, and they never wavered through good times, through hard times, through some losses. There were  times when they could have become selfish, and they didn’t. They’re great kids. They give us everything they have. They represent that jersey the right way.”

Osborn said the challenges from the injuries brought the team together.

“When you play in the MIC, you don’t get a night off,” Osborn said. “Through the injuries, adversity and tough losses, that created what we had at the end of the season.”

The Greyhounds led much of the way before surrendering the lead in the fourth quarter.

“All of us played our hearts out and left everything out there,” junior John Michael Mulloy said. “We were 10th (ranked) going into the tournament, and we fought our way all the way here. I couldn’t be more proud of my teammates, how we fought and stuck together.”

The 6-foot-10 Mulloy, who has verbally committed to Butler, led the Greyhounds with 21 points. He averaged more than 15 points during the season.

“It’s a great honor to have. It’s a credit to everyone that supports me because without them this wouldn’t be possible,” Whack said.