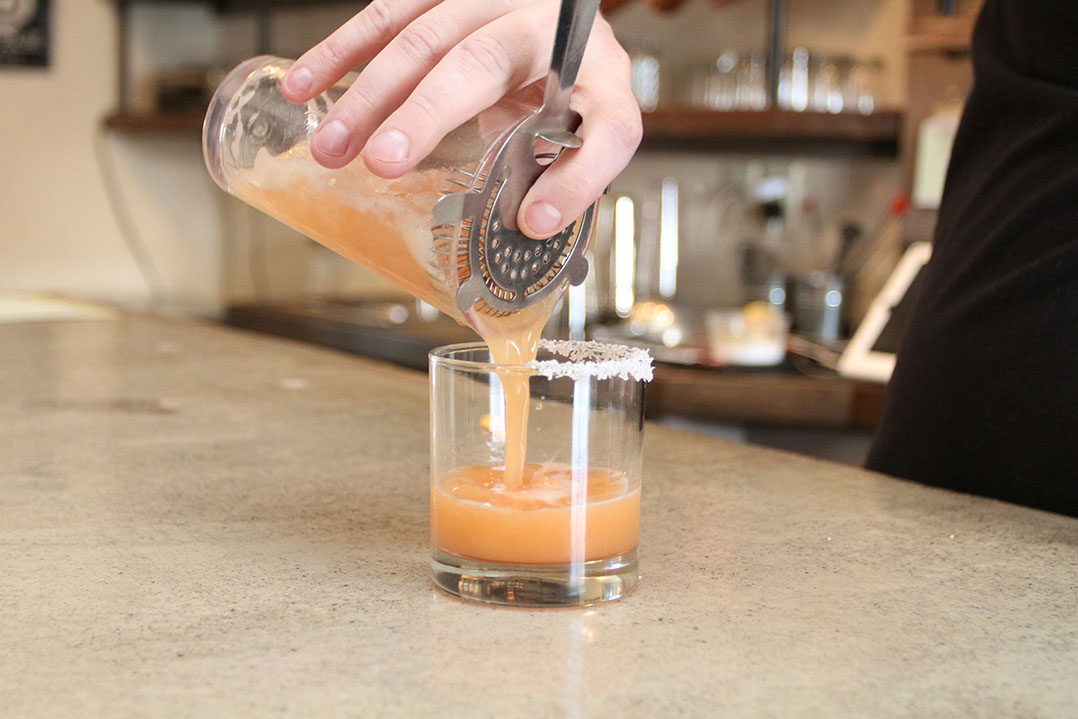 The Westfield City Council recently passed an ordinance allowing for the establishment of the Grand Junction Riverfront Development Area, which will make alcoholic beverage licenses more accessible for that area. (Photo by Sadie Hunter)

The ordinance allows the city to have additional alcoholic beverage licenses within the designated area. Typically, the state of Indiana uses censuses as the quota system for granting additional alcoholic beverage licenses to a city. But because a census is only completed every 10 years and only tracks people that live within that area, Westfield encountered a problem. It has two, three-way liquor licenses remaining, yet 1.8 million visits were recorded to Grand Park last year. That number represented thousands of people wining and dining within the city that don’t actually live there. 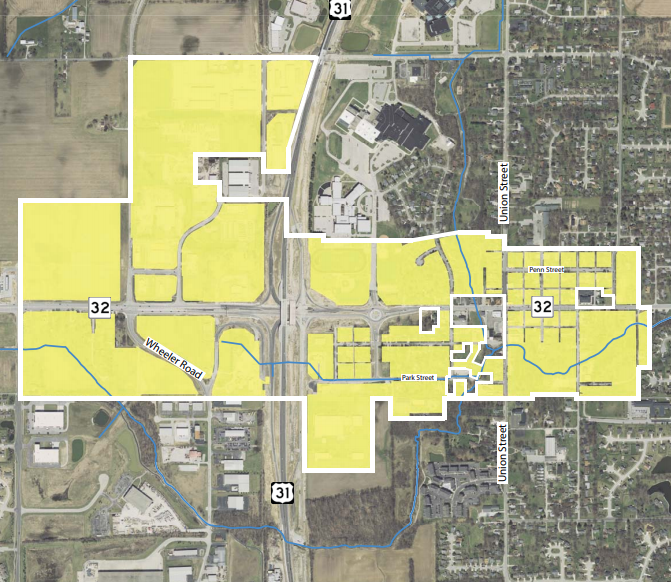 The map that would include the new Grand Junction Riverfront Development Area boundaries. (Submitted image)

“We are a hospitality city. We have a lot of guests, and they spend money here,” Westfield City Council President Jim Ake said. “They need to eat here, so there are some advantages to taking a look at this opportunity we have been given.”

State statute IC 7.1-3-20-16 authorizes a city to establish a municipal riverfront district project area, which allows cities to have access to additional alcoholic beverage licenses within a specific area, such as the Grand Junction Riverfront Development Area. Licenses are nontransferable but are much cheaper than traditional alcoholic beverage licenses.

One of the requirements is a river in the area. Economic Development Director Matt Skelton presented the ordinance to council, saying that Grassy Branch Creek running through the Grand Junction Development Area is classified as a river by the state’s definition, which is “a flowing body of water.”

Licenses in the development area would be sold for $1,000, much less than the normal price of $40,000. If it was decided to obtain additional licenses, the council would establish a review committee, and interested restaurants would go through an extensive application process.

“My main concern is it will somehow damage the historical integrity of Westfield and downtown,” she said. “My feeling was that Matt Skelton was able to figure out a loophole, and that our city, administration and councilors were able to take advantage of that loophole. I think when Mayor (Andy Cook) and (council) President (Jim) Ake say we are a hospitality city and need to serve the guests of Grand Park, it’s their job to also serve the people of Westfield. Are the residents in Westfield being best served by these decisions?”

The council acted quickly on the ordinance, as discussions occurred in a recent legislative session about limiting a city’s ability to qualify for a riverfront license. The bill, including the restrictions, didn’t pass before the end of the legislative session.

“If they (guests) don’t eat in Westfield, they will eat in Carmel or Noblesville,” Cook said. “The reason we created this whole Grand Park was to create an industry of hospitality.”

To view the ordinance, visit https://goo.gl/PZNd45

How a riverfront district will affect downtown development

It was clarified in the council meeting that the Westfield City Council would retain control on zoning changes within the district or the types of restaurants potentially locating to the area, and that establishing a riverfront district wouldn’t negatively affect that control.

After clarifying council would not lose control, the ordinance passed, 7-0. Council member Mark Keen said with the affordability of a riverfront district alcoholic beverage license, local restaurants would have a better opportunity of locating in downtown Westfield.

“This could give the opportunity to local restaurants to start as opposed to national chains because of more affordability (with these licenses),” he said. “I certainly would like to see local people have a chance to do successful things, too, as opposed to just looking at national chains.”