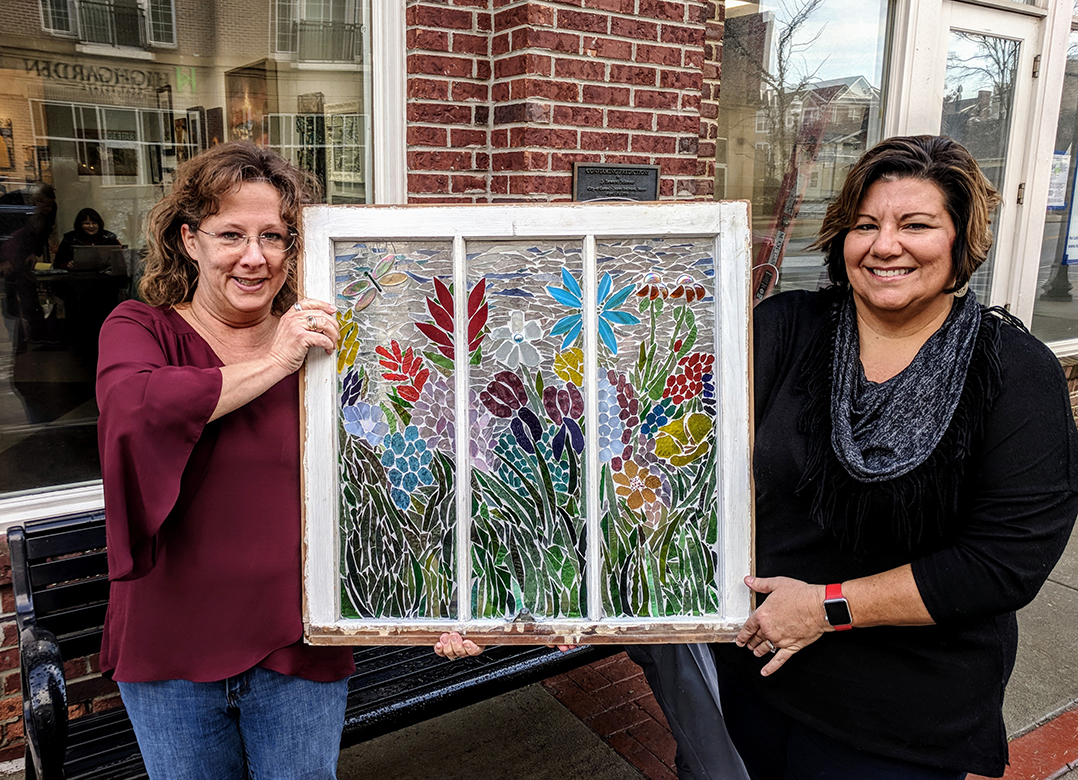 Jane Acton and Christine McKeon had been close friends as youngsters in their Carmel neighborhood.

Acton lived in Carmel from kindergarten through second grade. Acton and McKeon lived next door. When Acton moved to Auburn, they lost contact for decades.

“We hadn’t seen each other in over 40 years, so we reconnect on Facebook,” Acton said. “I invited her to do mosaic classes, and that’s kind of how we got started.”

That led McKeon to purchase one of the mosaic pieces.

“She said she was interested and she ended up buying it, so it was kind of neat,” Acton said. “That was probably my biggest piece I’ve made so far.”

McKeon said Acton has a lot of artistic ability.

“I thought, I’m going to get that piece because I loved it so much,” McKeon said.

Prior to the purchase, Acton’s glass on glass mosaic was on display in January at Art on Main in Carmel, where Carmel resident Keating is one of the co-owners.

“I work in drug information, so my job is pretty dry and tedious, so to have the creative kind of class, it’s so much fun,” Acton said.

Acton moved to Carmel five years ago. McKeon, a 1986 Carmel High School graduate, moved back to Carmel 20 years ago when she and her husband bought her parents’ house.

“The nice thing about reconnecting on Facebook is we’ve rekindled our friendship,” McKeon said. “We’ve been doing more things together. We’re still working on getting to know each other better because we hadn’t seen each other all those years.”

Acton said McKeon still had a letter she had written her on how much she missed her after moving away.

“We have some pictures of us when we were kids,” Acton said.