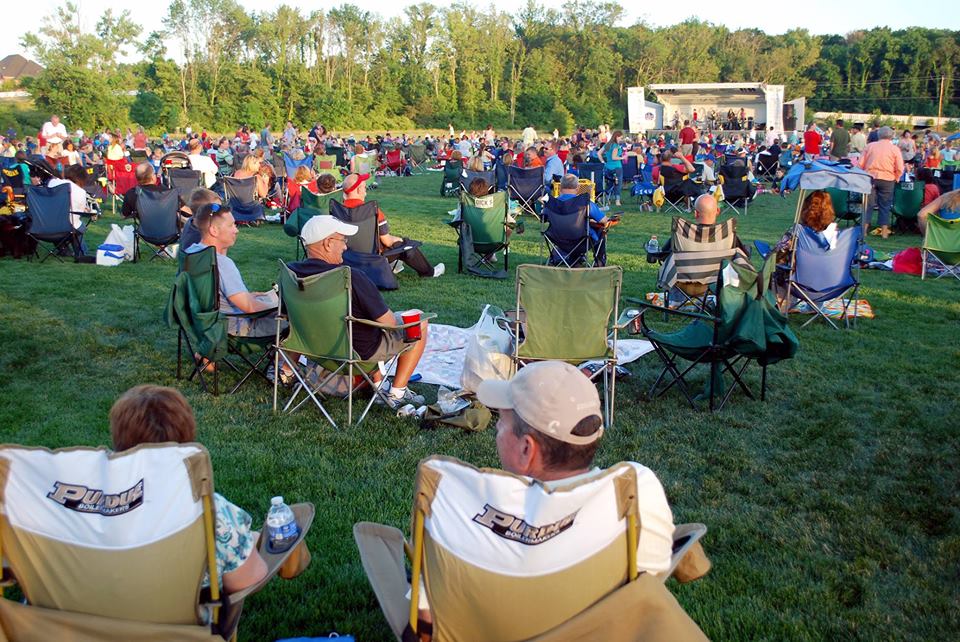 The Noblesville Parks and Recreation Dept.’s Summer Concert Series will feature some old favorites as well as newcomers.

“It’s been nine shows for as long as I can remember,” said Mike Hoffmeister, Noblesville Parks assistant director.

Hoffmeister said a special event, not part of the series, will be announced for July 19 at a later date.

“Living Proof has been here for a number of years and they always draw a large crowd,” Hoffmeister said. “Endless Summer is a band we’ve had before and they’re also very popular. They were here two years ago.”

So was The Doo! Band under its former name of Zanna-Doo.

Hoffmeister said the department doesn’t like to bring all the same bands every year.

“We like to mix it up every couple of years, or every  year, for that matter,” Hoffmeister said. “A staffer saw NKG at another venue and really liked what they did.”

It also will be the first appearance for Bigg County Band and Saddlebrook and Jai Baker, although Baker did appear at Noblesville Federal Hill Commons in 2017.

“They like country music a little more,” Hoffmeister said. “They like Johnny Cash and Elvis, whereas Dillon Park draws younger families from the surrounding neighborhoods. A lot of people actually come from Carmel to the Dillon Park portion.”

One regular who won’t appear is Elvis tribute artist Paul Butler, who has played in the series off and on for 20 years. Hoffmeister said Butler has taken a break from performing due to health issues.

More than 16,000 attended the Thursday night concert series at the two venues in 2017.

Those interested in supporting the series can mail checks to: Noblesville Parks & Recreation; Attn.: Summer Concert Series; 701 Cicero Road; Noblesville, IN 46060. For more information or to become a sponsor, contact Kristi Spehler at 317-776-6350 or kspehler@noblesville.in.us.