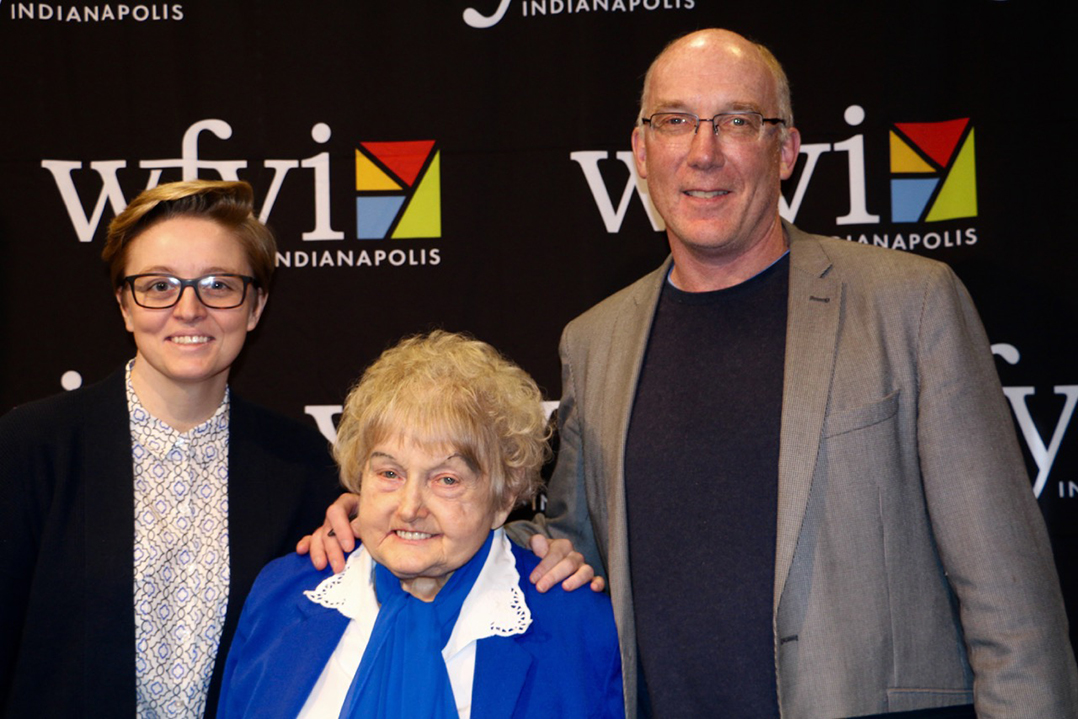 “A buddy of mine at Butler had been talking to me about Eva for a long time, but I kept blowing him off because I was so wrapped up in my Crispus Attucks (film) project,” Green said. “Finally, this is almost exactly two years ago, he called me and said she was speaking that night at Clowes Hall and he had tickets for me, pretty much demanding I come over. I did, and I daresay, like everyone else who sees Eva speak for the first time, I was instantly mesmerized, but not just by what she was saying; equally so by the hold she had on the crowd. Two thousand people were just staring raptly at this little blue octogenarian in the front of the room. Right then I knew there was something special about her, and I felt this visceral need to tell her story. Two years later, I’m still held rapt by her. Simply put, I’ve never seen anyone with that much ability and drive to help people.”

Green and Indianapolis resident Mika Brown, along with WFYI, co-produced the documentary “Eva,” which will make its world premiere at 6:30 p.m. April 5 at Clowes Hall in Indianapolis. Kor, 84, and her twin sister, Miriam, who died in 1993, survived Auschwitz and Nazi Dr. Josef Mengele’s human experiments on twins. Kor’s parents and two older sisters were Holocaust victims.

“Her eyes shot wide open,” Green said. “Mika grew up in Terre Haute, where Eva lives, and had already been on two trips to Auschwitz with her and had, in fact, approached WFYI President Lloyd Wright about doing a documentary about Eva a year or so before. We immediately put our heads together, teamed up and hit the road. Ninety-thousand miles later, here we are.”

“Not simply because of her connection with the Holocaust, which must never be forgotten, but also because she stands as a seminal example of the power a single person can have to make this a better world,” Green said. “I believe that’s what Eva stands for above all. She’s an inspiration, particularly to young people. We very much hope this documentary takes on national and even international legs. It’s clearly an international story, and its messages are universal.”