You are at:Home»Lifestyle»Health»Carmel doctor concerned by diabetes spike, future implications

A lot has changed since Dr. Shahab Zaidi finished his fellowship in Detroit more than 25 years ago, and not in a good way. 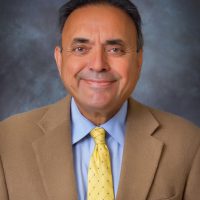 When the Carmel endocrinologist began his professional career, approximately 6.2 million Americans had been diagnosed with diabetes. Today, that number is near 30 million, but that’s not the worst of it.

“As ominous as this number may sound, by mid-century the numbers balloon to 88 million,” he said, adding that diabetes leads to higher medical costs, related health issues and an increased risk of death.

Diabetes occurs when blood glucose levels get too high, caused by the body not making the insulin needed move blood glucose into cells or using it well. Anyone can be diagnosed with diabetes, although certain factors – such as age, ethnicity and family history – put some populations at greater risk.

“The genes load the gun, but the environment is the trigger,” said Zaidi, who practices out of offices in Carmel, Zionsville and Tipton.

In the U.S., the environment frequently leads to sedentary lifestyles and eating on the go, which can lead to obesity. As obesity rates have increased, so have the diabetes diagnoses, Zaidi said, including in kids.

“The prevalence of obesity in kids is increasing, and when these kids become adults, they carry over those risks,” he said.

To reverse the trend, Zaidi said education and lifestyle changes must start at a very early age. He said parents must be aware of what their children are eating, monitor how much time they spend sitting in front of a TV or computer and provide plenty of opportunities for physical activity.

Although there is no cure for diabetes, Zaidi said those diagnosed with the disease have reason for optimism because changes in diet and physical activity can make a huge difference.

“This is something which is very treatable,” he said. “You can live a really healthy, productive, meaningful, robust life despite being diagnosed with it. In order to do that, there are major changes you’ll have to make in your lifestyle.”

Take an assessment to determine your risk of developing diabetes at diabetes.org/are-you-at-risk/diabetes-risk-test.