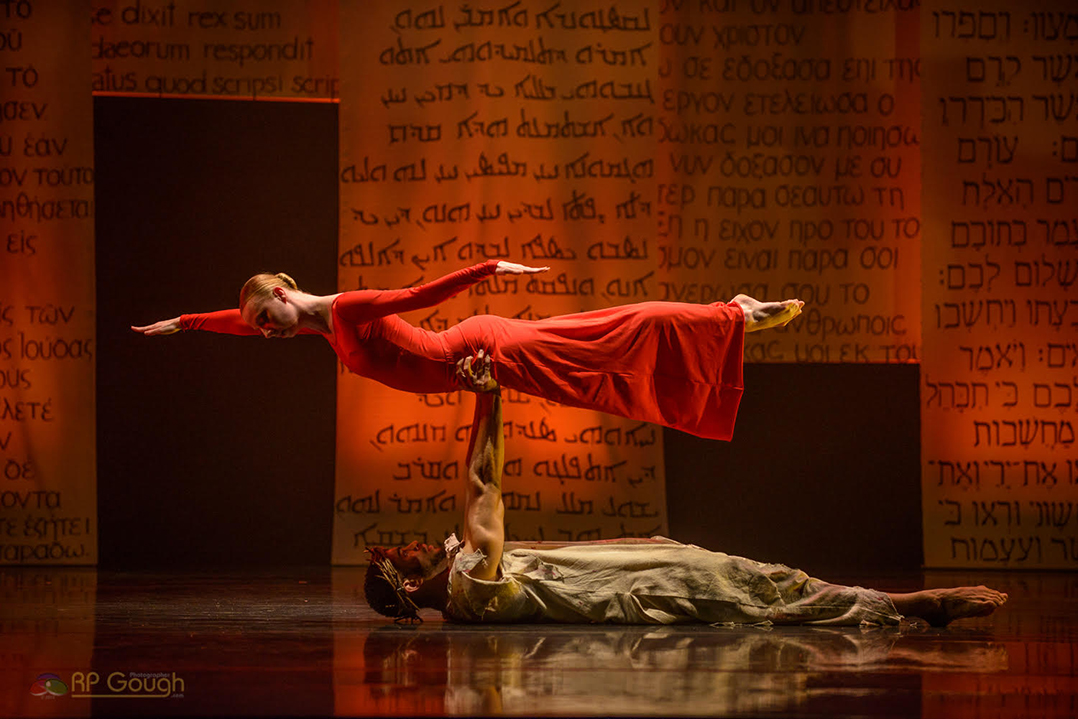 The popular production will be placed back in the vaults after this year’s Easter weekend performances at 7 p.m. March 30-31 at The Tarkington, the Center for the Performing Arts in Carmel.

Hancock said the production is boundless, with no set time or place, fluid gender roles and contemporary rock music.

The relationships Jesus had with the women that surrounded him are at the forefront of the full-length ballet performance, including Mary Magdalene, Claudia and Veronica.

Hancock said he found it fascinating that a woman was at the forefront of many of the most significant events in Jesus’ last days, including how Jesus first revealed himself to a woman and how a woman found his empty tomb. Hancock interweaves the stories of the women and Jesus in a classical arc storyline that evolves from a rock concert to a more classical piece.

An Easter weekend tradition, Hancock said the production has become a spiritual experience rather than simply entertainment. Hancock said his goal with all of his pieces is to move beyond the art and make it an experience.

Hancock said the production stays true to the story. He read different gospels and studied popular portrayals of the story of Jesus Christ for the production. In 2006, he wrote out the scrolls, containing the writings from the Gospel in Hebrew, Greek and Latin, by hand that serve as the backdrop for the production’s opening scene.

GHDT company dancer Abigail Lessaris portrays Judas Iscariot, a role traditionally played by a man. “SUPERHERO; a man called Jesus” was the first production Lessaris ever saw by the Gregory Hancock Dance Theatre in 2006 when she was 9 years old. Lessaris said she fell in love with the part of Judas, which also was portrayed by a woman that year.

Lessaris has played a variety of roles in the production each year, but this year Hancock reprised the part of Judas as a woman and gave Lessaris her dream role.

“It’s a very athletic role, which is challenging as a female,” Lessaris said.

Lessaris said she enjoys the physical challenges of taking on a male part as well as how much she differs in real life from the cool, rebellious and tormented character.

Lessaris said she’s excited to reprise the role as a female dancer and break through stereotypes.

“There been a very big rise of tackling male and female equality,” Lessaris said.

The production not only breaks through gender roles, it also tackles the story of Jesus in a way that’s compatible and palatable to religious and non-religious attendees.

Tickets are $37.50  to $42.50. For tickets or information, visit gregoryhancockdancetheatre.org.