You are at:Home»Current in Carmel»Carmel Community»Sam Costa Half Marathon returns to Carmel March 24

It’s time to start gearing up for the oldest race in the state. The 49th annual Sam Costa Half Marathon and the 13th annual Sam Costa Quarter Marathon, presented by Indy Runners, will start at 9 a.m. March 24 at Northview Church in Carmel. 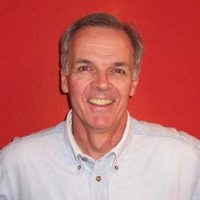 The marathon is named after Sam Costa, a detective from the Chicago Police Dept., who traveled from Illinois to Indiana to compete with fellow running enthusiasts and pioneers, including Chuck Koeppen, the legendary track and field coach of Carmel High School.

Townsend said he strives to create an atmosphere that is joyful and allows people to relax and have the best performance they can on race day.

“I think the Costa is the best organized, the best managed and the most participant-friendly event that you’ll run all year,” Townsend said. “And people recognize that and they come back to it.”

This year, the Sam Costa Half Marathon has been declared the 2018 Road Runners Club of America’s Indiana State Half Marathon Championship.

New to this year’s race, students from Hamilton Southeastern’s Habitat for Humanity will operate a bag check for the event. Donations from the bag check will contribute to building a house in Hamilton County.

Registration is available the day of the race. For prices and additional information, visit samcosta.com.