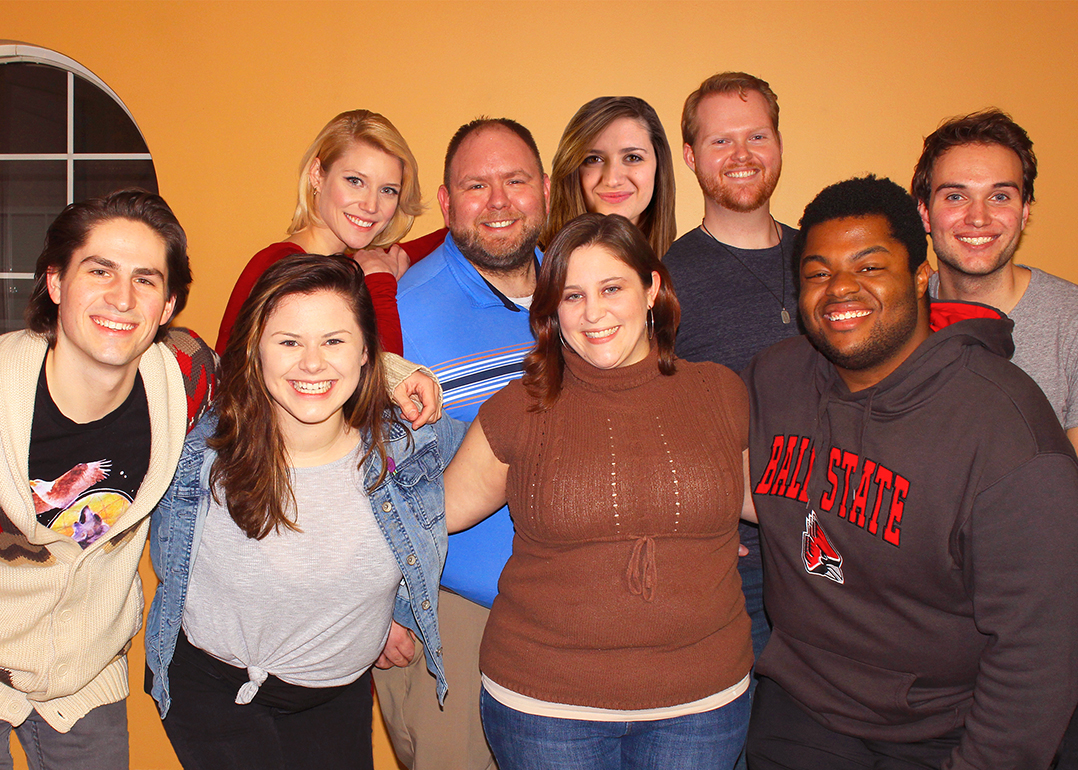 Allen presented his work, “The Masks We Wear,” at Ball Stat as a cabaret production. He has tweaked his production over the last two years and will join Nickel Plate Players to perform the show at 7:30 p.m. March 16 and 17 at The Cat, 254 1st Ave. SW, Carmel. Allen will direct as well as act in the show. The Indiana Theatre Company is the parent company of Nickel Plate Players,

ITC co-founder and Artistic Director Ashton Wolf said Allen had been in two prior shows with Nickel Plate Players and knew of its reputation as a theater company that specializes in creating, writing and producing new plays and new musicals. Wolf said he immediately recognized the importance of the production when Allen presented it to him.

“It seems, now more than ever, we need a more informed and open dialogue about mental health in America,” said Wolf, a Fishers resident. “Adam’s work has all the components that made the project viable; a great cause, a beautiful message, hope for those who suffer from mental disorders, relevant information and entertaining music. I felt it was of great sociological importance to our communities.”

Wolf said the production is fully endorsed by Mental Health America of Indiana.

“This production also serves our vision statement well in that it continues our mission of creating educational opportunities in the theatre along with our commitment to developing new, visionary works that give local artists opportunities that they would not otherwise have,” Wolf said. “Most importantly, it is an opportunity for us to be a part of this extremely important conversation and to let others know that they are not alone, that there is help and that there is hope.”

Allen describes it as a theatrical expose.

“We want to get the dialogue going about the realities concerning mental health,” Allen said. “We are trying to banish negative stigmas.”

The production is a cabaret-style format with eight performers, including Allen.

“There are songs throughout the show, but between the songs there is dialogue with a mixture of personal experiences, personal observations, other people’s stories and actual data concerning mental health,” Allen said.

For tickets, visit ITCindy.com. Tickets are $15 in advance or $18 the day of the show.