You are at:Home»Current in Noblesville»Noblesville Business Local»Broccoli Bill’s owner Bill Weghorst to add home on property

The Noblesville Common Council approved a variance to allow for the construction of a single-family home on the property at 15009 Gray Rd., the location of Broccoli Bill’s produce market. 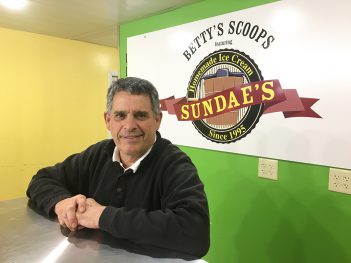 Broccoli Bill’s owner Bill Weghorst had to ask for the variance because all single-family homes are required to have frontage on a public road. Weghorst wants to construct the home in the rear of the property. The council approved the variance to face Holston Hills Drive, 6-0.

“I didn’t want my house back there tied into Broccoli Bill’s with access through Broccoli Bill’s, because what if I sell it? I still want to live in my house,” Weghorst said.

Weghorst rents a home in Westfield. He and his wife are downsizing, and he said he wouldn’t mind living near his business’s property. He said he has plans to build in September or October of this year.

“We have to get the plans drawn up,” Weghorst said. “I’m 66, and we are downsizing. I wanted a smaller house on one floor, and that land was there, and I don’t mind living next to my business.”

Broccoli Bill’s, which sells produce, deli items, salads, sandwiches and more, has been in operation at its Gray Road location for 24 years. In April, Weghorst said he wants to sell  Sundae’s Homemade Ice Cream inside Broccoli Bill’s.

The council approved the variance with no conditions on first reading.