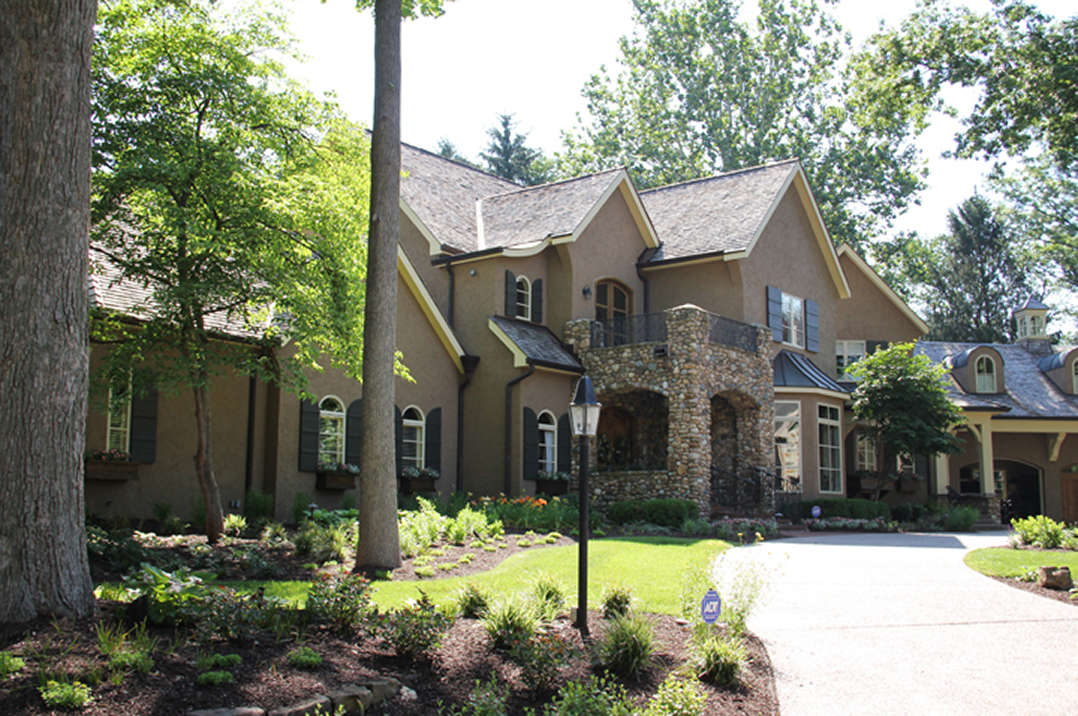 The proposed Wolf Run neighborhood included a variety of home styles, including custom homes such as the one in this project concept photo. (Submitted photo)

The Zionsville Town Council joined the Zionsville Plan Commission in denying a proposal to transform the former Wolf Run Golf Club into a neighborhood with hundreds of new homes.

The council unanimously voted against the rezoning request at its March 5 meeting. The proposal included a maximum of 360 single-family homes and mixed-use buildings with retail and offices or up to 200 multi-family housing units on 223 acres at the southwest corner of US 421 and SR 32. In January, developer Stan Burton said he planned to remove the 12 acres of retail and apartment uses from the rezoning petition.

Town council member Bryan Traylor, whose district includes Wolf Run, said he could not vote for a project that would “encourage further high-density development” in the area in the near future.

“This may be a good project down the road, but this is way too early for a project of this scope to jump 3 miles north of where utilities currently are,” Traylor said. “The idea of bringing public utilities to the area is pitched as a plus, but as a resident of the area and a representative of that area, we don’t want it.”

Developer and property owner Stan Burton said after the meeting that a landfill to the southeast of the property will prohibit development from that direction.

“Development is going to have to go down SR 32 from from Noblesville to Lebanon to connect I-69 to I-65,” he said. “Citizens utilities sees it, Westfield sees it, Lebanon sees it. Zionsville seems to be the only one not to.”

Joe Hillman, a resident of the Timberwolf neighborhood to the south of Wolf Run, spoke on behalf of the remonstrators at the meeting.

“We’ve been (to town meetings) numerous times, and it’s time to move on,” he said to the council. “(Burton) is a guy who took a world-class golf course and ran it into the ground, and he’s asking for a bailout. This is about money.”

Burton stated in an email that Hillman’s comments were “off base.”

“Mr. Hillman’s comments before the town council were very disappointing, false and without merit. Throughout the entire rezoning process the remonstrators brought nothing but personal attacks, false claims and not a single legal or business argument against the development,” Burton stated. “I’m disappointed that the remonstrators who I pledged to listen to and work with were unable to participate in a civil and professional manner. The truth is my team and I worked tirelessly to develop a community asset, which would have benefited many people living and working in Zionsville. In the end, Zionsville lost a beautiful development which would have brought large tax revenues and public utilities at my expense.”

Burton said after the meeting that his team is exploring future options for the site. He said he’s still interested in meeting with neighbors and Traylor to discuss their concerns and that Wolf Run will not reopen as a golf course.

“We will bring a quality development to that intersection,” Burton said.

Zionsville Plan Commission rules prohibit the refiling of a “substantially similar request” within one year of a project being denied.