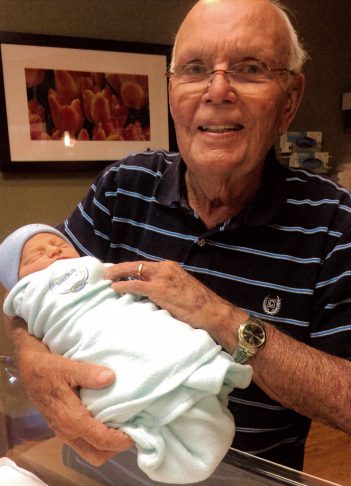 He was born Sept. 4, 1936, in South Bend to the late Dr. Thomas B. and Edna Pauszek. He graduated in 1954 from South Bend Central High School and went on to attend the University of Michigan, where he played football. He attended Notre Dame in 1957, where he and his high school sweetheart married. The couple went on to Marquette University, where Bob attended dental school but after a year felt the calling to medicine and graduated from IU Medical School in 1963, with honors as a member of the AOA. His pediatric residency was at Methodist Hospital, and he practiced medicine on the east side for 50 years, more recently for Community hospitals. After receiving his medical degree, he served his country as a captain in the U.S. Army during Vietnam.

Bob was an avid baseball fan. He coached Little League baseball at Skiles Test, which he helped develop. He coached baseball at Lawrence Central, where the mental attitude award was developed in his name. He was the team doctor for 20 years at Lawrence Central High School for the football program and was a recipient of the Indiana Interscholastic Athletic Administrators Association Distinguished Service Award. In retirement, he enjoyed golfing at the Hillcrest Country Club with the ROB buddies. He will be remembered as a devoted Catholic man, who was the best listener and enjoyed serving others. He was a doting husband, father, grandpa and great-grandpa.

Visitation will be held from 4 to 8 p.m. March 7 at Flanner Buchanan-Geist, 7855 Cork Rd., Indianapolis. A Funeral Mass will be held at 11 a.m. March 8 at Holy Spirit Geist Catholic Church, 10350 Glaser Way, Indianapolis. Entombment will follow at Our Lady of Peace Cemetery.

In lieu of flowers, memorial contributions may be made to the Community Hospital Cancer Center, 7979 Shadeland Ave., Indianapolis, IN 46250. To leave a memory for the family, visit FlannerBuchanan.com.

Happy trails until we meet again.