Sean Chen is no stranger to The Palladium or Carmel Symphony Orchestra.

His performance at 7:30 p.m. March 10 will be the 28-year-old’s third with the CSO since capturing the 2013 DeHaan Classical Fellowship as the winner of the 2013 American Pianists Awards. Most recently, he was named a 2015 fellow by the prestigious Leonore Annenberg Fellowship Fund for the Performing Arts. 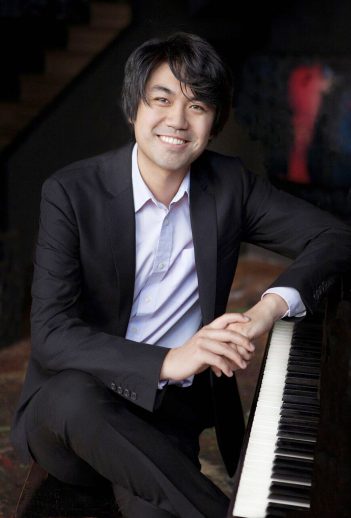 He will perform Tchaikovsky’s “Piano Concerto No. 1 in B-flat minor, Op. 23,” a familiar piece to audiences that Chen brings to life 144 years after it was written.

The evening begins with Franck’s tone poem, “The Accursed Horseman,” that tells the tale of a nobleman who chose to hunt on the Sabbath and ultimately paid a hefty price. On a happier note, one of music director Janna Hymes’ favorites – Brahms’ “Symphony No. 2 in D Major, Op. 73” — concludes the program.

“Any time an orchestra performs Brahms, there is a sense of glee. The music is so beautiful, so profound we get lost in the lushness every time,” Hymes said.

Chen has been celebrated as a charismatic rising star with “an exceptional ability to connect with an audience combined with an easy virtuosity,” according to the Huffington Post. H ehas earned accolades for “alluring, colorfully shaded renditions” from the New York Times for being “genuinely sensitive playing,” according to the L.A. Times. He has performed with many prominent orchestras in the U.S and abroad and is frequently invited back for return appearances.

Having received his bachelor’s and master’s degrees from Juilliard and his artistic diploma from the Yale School of Music as a George W. Miles Fellow, Chen is particularly in demand for residencies that combine performances with master classes, school concerts and artist conversations.

A multifaceted musician, Chen also transcribes, composes and improvises and has received acclaim for his transcription of Ravel’s “La Valse” and his encore improvisations were lauded as “genuinely brilliant” by the Dallas Morning News.