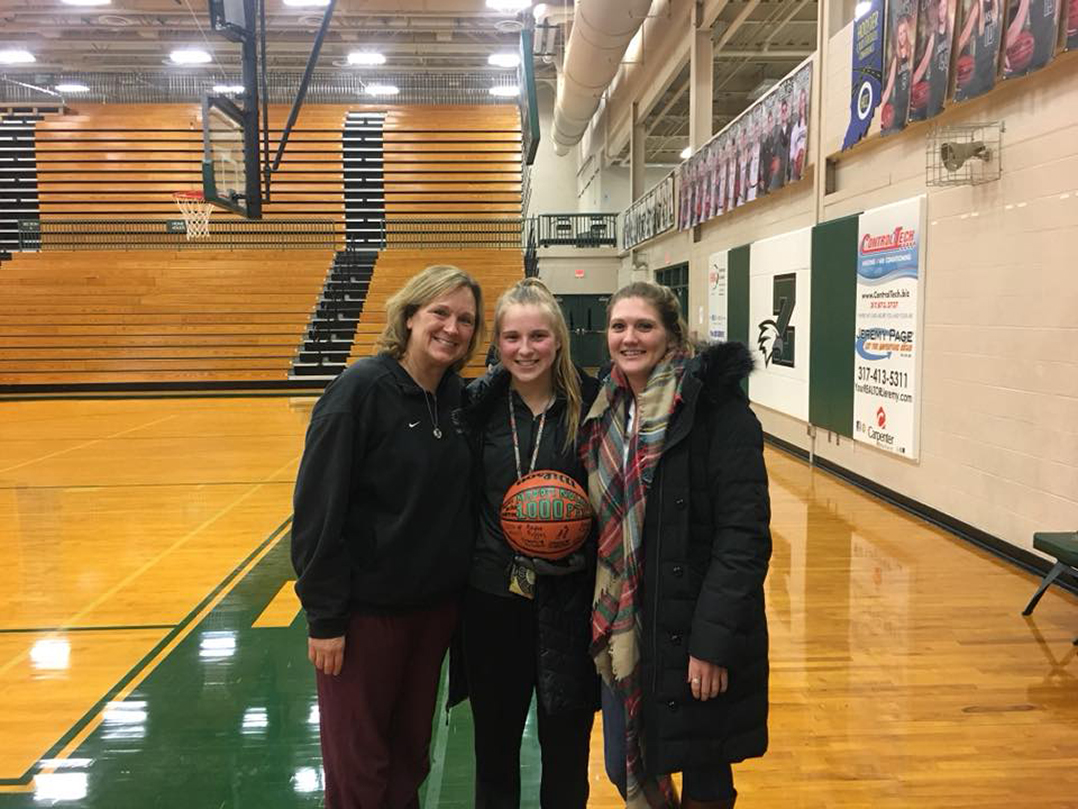 Zionsville Community High School girls basketball standout Maddie Nolan is one apple that did not fall far from the tree. Her talent and passion for the game branched out from her roots.

Nolan’s mother, Kris Nolan, played basketball for Zionsville in the 1980s, setting many of the school’s scoring records. When Kris was inducted into the ZCHS Athletics Hall of Fame in 2008, no one knew that her daughter one day would break them.

But her daughter passed that threshold this season, and she still has one more year of high school to go.

But basketball means more to the Nolans than stats and records.

“I like that basketball is a team sport.  It teaches you how to work together toward a common goal. It teaches you sacrifices, time management and how to get along with all types of personalities,” Kris Nolan said. “It is a great environment to learn life lessons and skills.”

Maddie also enjoys the team aspect of the game. And even though the Eagles lost the state title game Feb. 24 to Warren Central, the experience was among the most memorable of her life so far.

“Even though we didn’t win state it was awesome to play at Bankers Life and be the first Zionsville basketball team to make it that far. Playing with the kids we had this year made it even better because we were so close,” Maddie said. “We definitely love each other and didn’t want to stop playing together. Being able to cut down nets and prove a lot of people wrong this year with these kids was amazing.”

Kris’ favorite basketball memory was winning the High Country Athletic Conference titles in 1986-88. They were her junior and senior years in college. She graduated from New Mexico State University in 1988.

But Kris wasn’t Maddie’s only inspiration. She said that her father played a huge role, too.

“(My parents) signed me up for every sport possible when I was younger and let me pick which one I liked best,” she said.

And it appears Maddie picked the right one.

“My favorite aspect about basketball is the competition and teamwork. I’m a very big competitor and love working toward a goal,” Maddie said. “I also enjoy playing with a team because I love having success with other kids who work just as hard as I do.”