You are at:Home»Current in Carmel»Carmel Education»CHS show choirs bound for LA 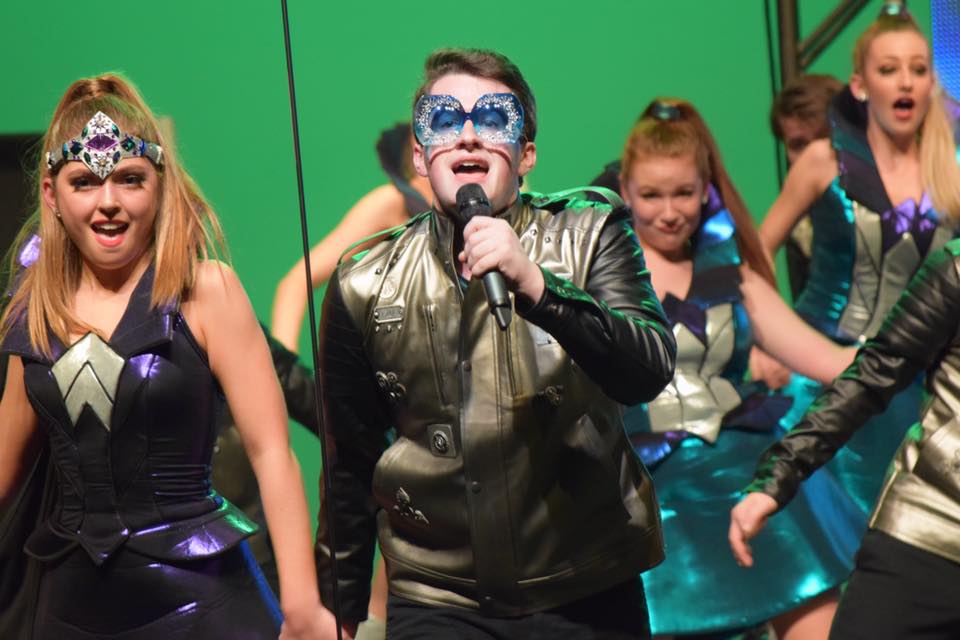 The Carmel High School competition show choir season is off to a strong start.

The Ambassadors, the mixed show choir, and the all-female Accents took Grand Champion trophies in their respective divisions at the Best of the Midwest Feb. 17 at Center Grove High School

This year’s shows were inspired by “Finding Nemo,’’ the music of  Elton John and a fun look at silly superstitions and luck, said Kathrine Kouns, CHS director of choirs.

The CHS choirs, including New Edition, competed at Franklin Central High School Feb. 24 and will compete March 3 at Solon High School in Ohio. The final competition of 2018 will be a national one at Los Alamitos High School March 17 in Los Angeles.

“The Los Angeles trip will include exchange workshops with other show choirs in the area, participation in a large show choir contest at Los Alamitos High School as well as a trip to the Hollywood Pantages Theatre to see the Broadway touring production of ‘Aladdin,’ and a fun final day at Universal Studios,’’ Kouns said.

Reese, who is in charge of publicity for CHS Choirs, and the mother of Ambassadors senior Anja Reese, said there are various regions across the nation where show choir is extremely popular.

“We’re in one of those show choir hotbeds here in the Midwest,’’ Reese said. “There are others such as in the south, the West Coast and Minnesota. Each region has its own predominant style, more or less. By competing in regions other than right here around Indiana and the Midwest, the students and directors are exposed to new and different styles and ideas. The directors like for the students to experience local competitions but also go head-to-head with schools in a different region.’’

Kouns said the Carmel community will have the opportunity to see all the choirs at the Choral Showcase March 7 and the competition shows at the Evening with the Ambassadors & Accents March 24. Both are at the CHS Auditorium. Tickets for both events can be purchased at ticketracker.co.