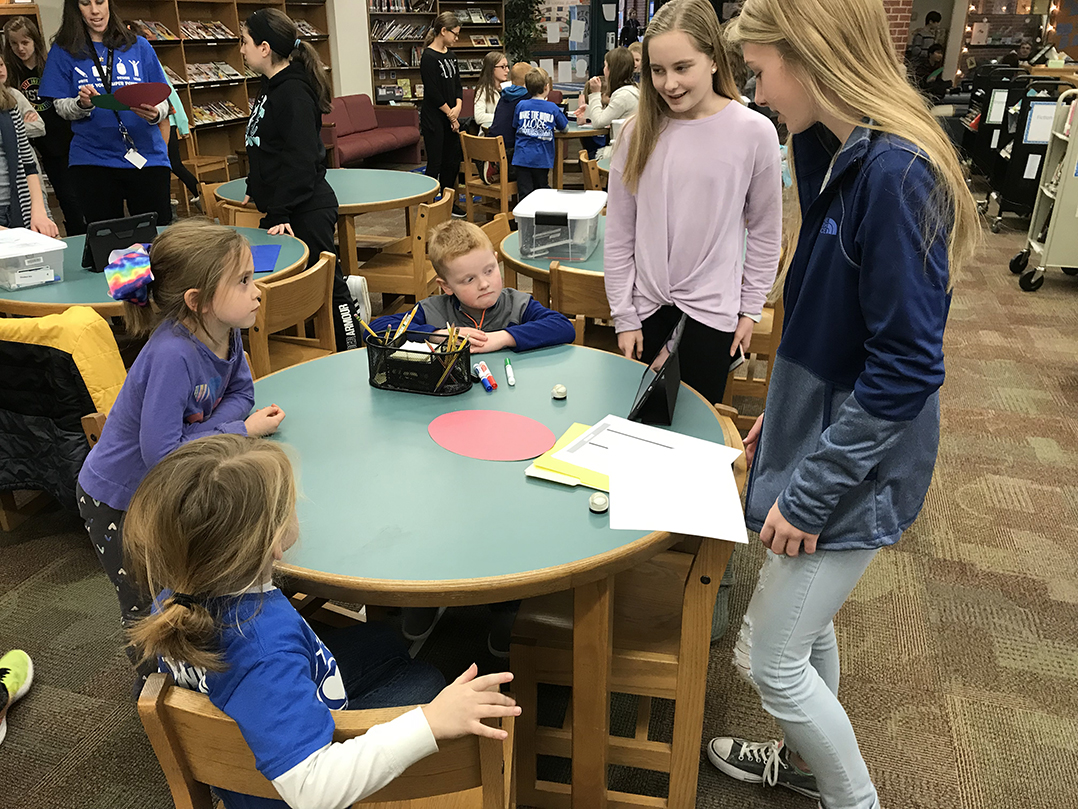 Prairie Trace Elementary students learned from a new set of teachers Feb. 5. Clay Middle School sixth-grade students visited the elementary for the second time to teach the students about robotic programs and STEM, or science, technology, engineering and mathematics.

The idea originated when Prairie Trace media specialist Denise Dragash worked with CMS to write a grant, which was then awarded to the schools through the Carmel Education Foundation.

“They allowed us to get some different STEM objects,” Dragash said. “They’re more robotic in nature or involve coding, things like that.”

The middle school students learn how to operate the programs, then travel to Prairie Trace to share what they learned with the younger students. Prairie Trace second-grade students have the option to utilize the programs when they construct a project to solve a problem for the Mini Maker Fair at 6 p.m. May 7 at the Carmel Clay Public Library, 55 4th Ave. SE. The fair is similar to a science fair and open to the public.

“It’s going to give kids exposure to different makerspace materials, and then our goal is after they’ve had these exposures, they are able to come up with a project that solves some sort of problem and use the different tools to share at the Mini Maker Fair,” Dragash said.

The middle school students are benefiting from the program as well.

“I think it’s a lot of fun to be able to teach them and show the kids how to do these different things and make it so they understand and learn,” sixth-grader Katie Rizzuto said.