You are at:Home»Current in Noblesville»Noblesville Cover Stories»Efficient energy: Solar project moves toward completion for county 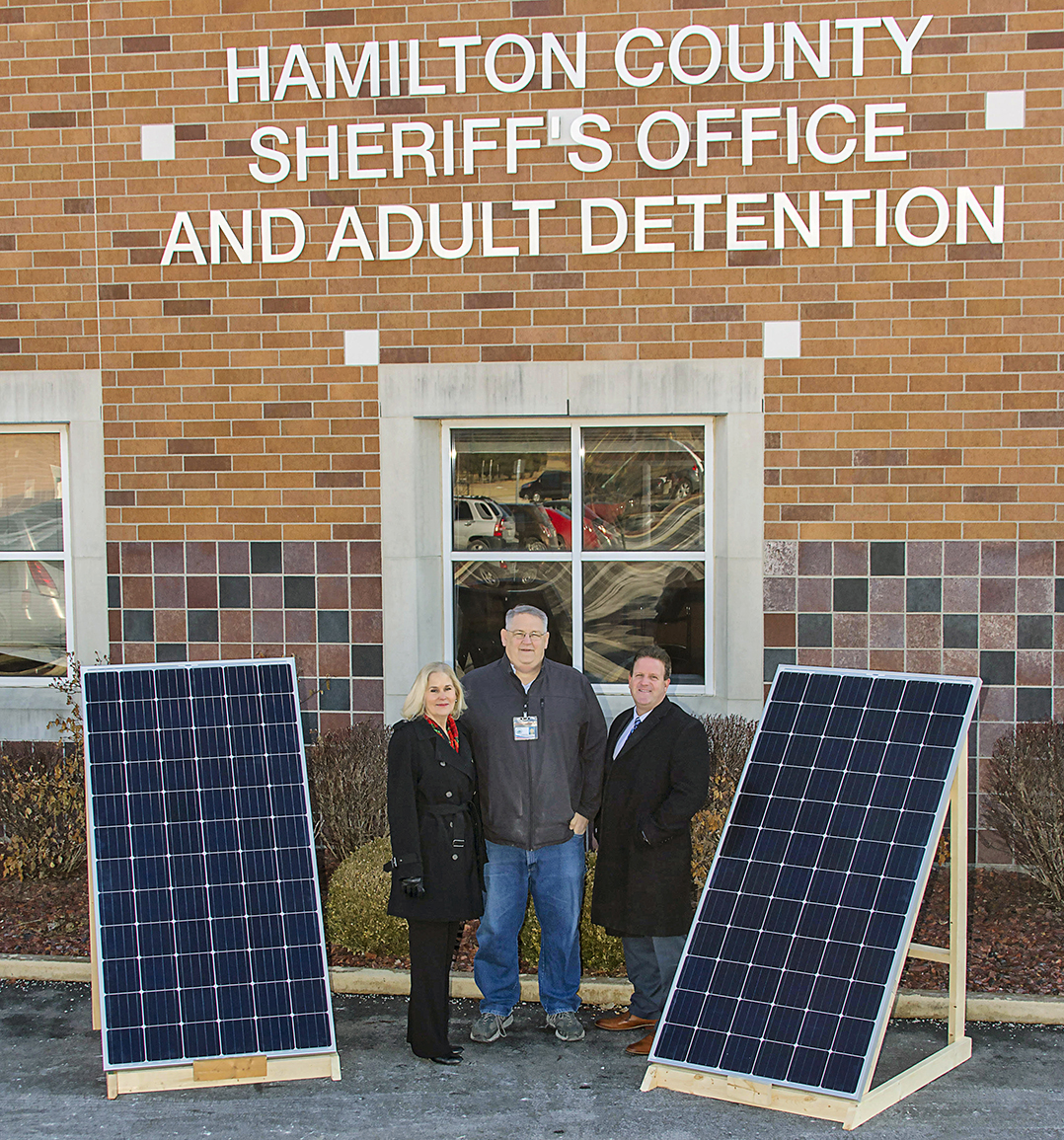 Solarizing Hamilton County and utilizing efficient energy sources has been on Mark Heirbrandt’s mind since before he was elected county commissioner in 2013.

This summer, the county’s $8 million solar project will near completion. It is expected to reduce energy costs with the usage of 9,687 solar panels. They will be installed in a field directly east of the Hamilton County Jail, across Ind. 37, and on four county building rooftops.

Prior to serving as a county commissioner, Heirbrandt worked for an energy company. When he was elected, he applied his experience to work with Hamilton County Supt. of Buildings and Grounds Steve Wood on efficiently using energy for county buildings. 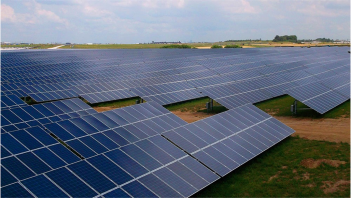 An example of what the solar field will look like.

“Steve had already been out on the forefront on a lot of this and exploring LED lighting technologies and already started to implement that process,” Heirbrandt said. “We are always bouncing ideas off of each other where we think there may be some savings opportunities in any of the buildings.”

The cost of utilities rises each year, but in 2014, the county commissioners and county council agreed the cost was too high to complete a solar project within the county. In 2017, a cost reduction and an increase in utility rates spurred a change of mind.

“In 2013, when we looked at this project, we looked at overall energy efficiency plans for all of our facilities and solar was included in that 2013 proposal,” Heirbrandt said. “After sitting down and evaluating the cost and the return on investment, we decided it wasn’t a good investment at the time. Since then, utility rates have escalated and the solar panels have become significantly more efficient, so when we started looking at that again, the return of investment was a lot better.”

Out of the $8 million project, $5 million is for solar uses. The remaining $3 million is for electric to natural gas conversion. Another push to purchase the solar panels prior to the new year was the passing of Senate Bill 309, which reduces credit for solar installation.

County officials are meeting with Duke Energy and clearing out the solar field to allow for the panels’ installation. Wood said he anticipates full use of the solar field by the end of June.

“The great thing is we are paying this without additional funds from the general fund,” Wood said.  “We are paying out of the current operational costs because of where the reduction is and alleviating utility costs from year to year.”

Solar panels absorb energy and direct it to a transmission line, where it is then directed to a grid. The grid determines which buildings the energy goes to.

A groundbreaking ceremony for the solar field is planned for March 12. For more, visit hamiltoncounty.in.gov. 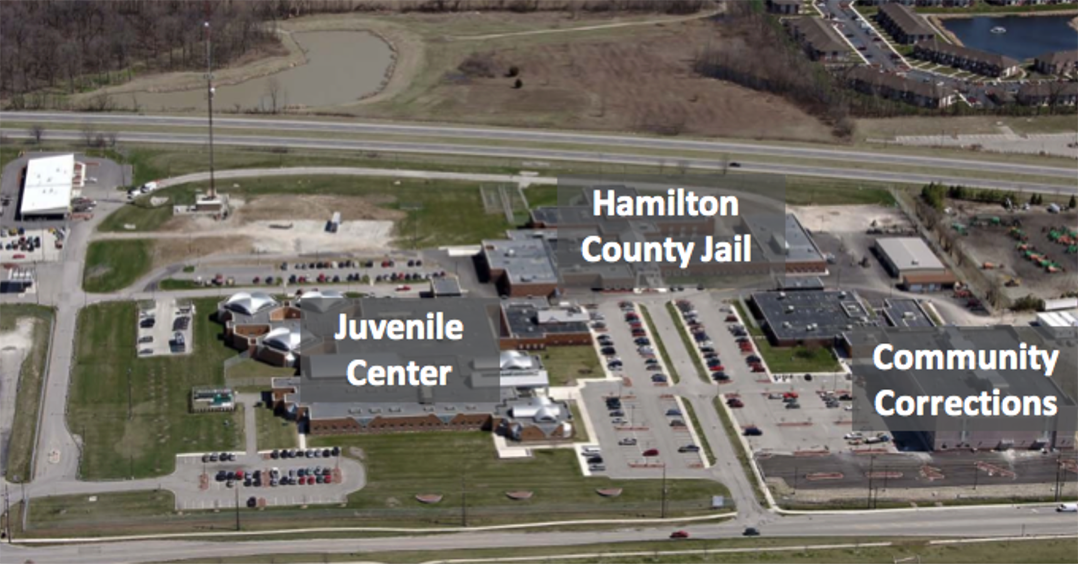 The location of the solar field will sit east of the Hamilton County Correctional Campus across Ind. 37. (Submitted photo)

In addition to powering a portion of Hamilton County government buildings, the new solar field also will have an educational component.

“The other component to this that’s exciting is being able to use this renewable energy project as a resource for education for our schools and community, (such as) Ivy Tech and some of the programs they’re doing,” Hamilton County Commissioner Mark Heirbrandt said. “To use this as an education purpose is going to be another added benefit this will provide.”

A website will be connected to Hamilton County’s site that will show how solar energy is used.

“One of the fastest growing industries is energy efficiency, and this gives them the ability with all high school science labs and engineering classes to go into the website,” Hamilton County Supt. of Buildings and Grounds Steve Wood said.