You are at:Home»Night & Day»McVeigh to perform Irish songs at Hussey-Mayfield

Growing up in Belfast, musician Jim McVeigh learned to play traditional instruments not through lessons but by watching and copying what performers were doing. 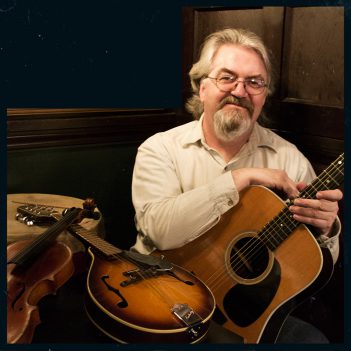 “You picked up an instrument and you watched and you learned that way,” McVeigh said. “As a kid you just had to be pretty enthusiastic about figuring it out. You don’t begin by learning music theory. You learn to play first, then down the road you can get the theory.”

Some songs are family songs and others are children’s songs that kids sing while playing. Most are songs McVeigh learned growing up in Ireland.

McVeigh said some of the music he performs is similar to Scottish tunes because of the close proximity of Northern Ireland and Scotland. Both nations often claim ownership of certain songs, such as “Red is the Rose,” similar to the Scottish ballad “Loch Lomond.”

He encourages participants to join with the music.

“God gave you two instruments. You can clap your hands,” he said. “You don’t have to be Irish. Irish is more a state of mind than it is a place.”

Throughout the program, McVeigh will share his thoughts about St. Patrick’s Day and traditions from a musical point of view.

McVeigh, who lives in Wisconsin, is the author of the children’s book series, “The Ballad of Farty McFee,” the tale of a young Irish boy giant with a specific talent. Each book comes with a whoopee cushion.

“I had three boys, and boys are notoriously difficult to get to read,” McVeigh said.

Program registration is available at zionsvillelibrary.org.