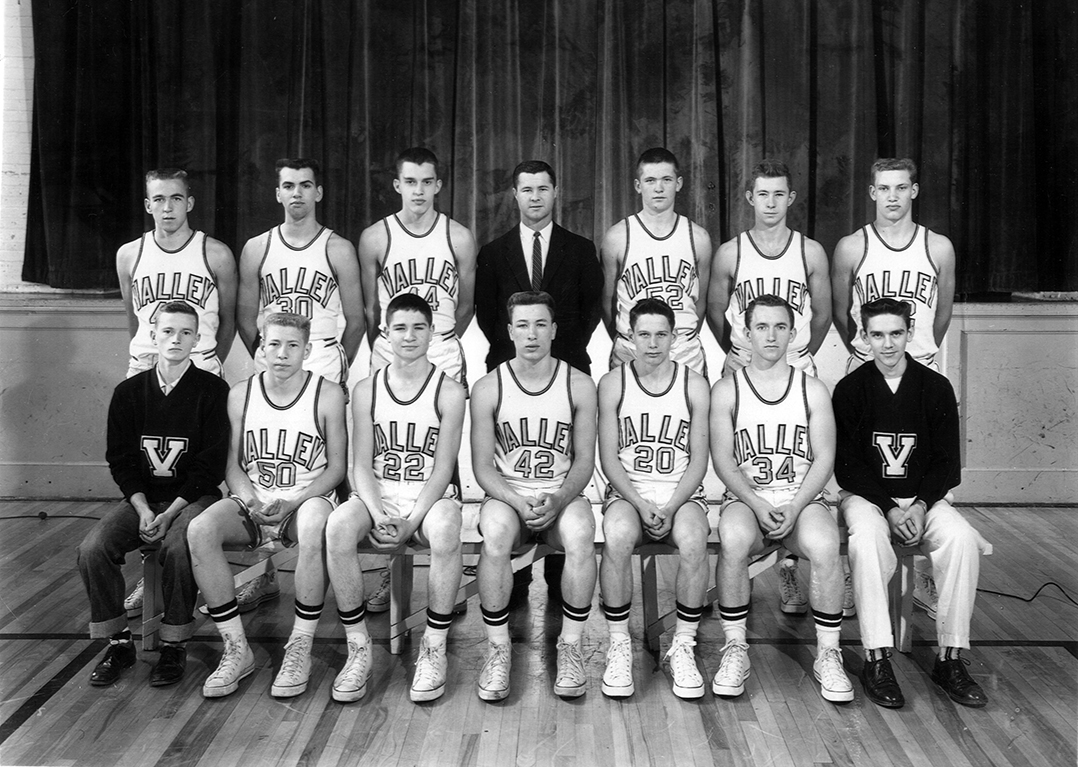 For years, Tim Wright has contemplated writing a book about the basketball team of his youth.

Wright, who is better known as part of the The Wright Brothers band, was a first-grader when Springs Valley High School reached the state high schools boys state semifinals in its first season as a consolidated school. The Black Hawks finished 25-1 after losing in the semifinals to eventual state champion Fort Wayne South, led by 7-foot center Mike McCoy. Springs Valley’s tallest player was 6-1.

As the team approaches its 60th anniversary, Wright has finished his book, “The Valley Boys,” under his full name of W. Timothy Wright. 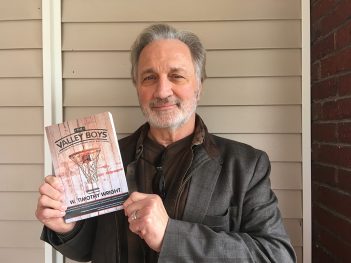 Tim Wright with a copy of his book “The Valley Boys.” (Photo by Mark Ambrogi)

“I started writing it 10 years ago and finally finished it,” Wright said.

Wright will appear with team members at a book signing from noon to 4 p.m. Feb. 24 at French Lick West Baden Museum.

Many of the two community members were opposed to West Baden and French Lick merging into one consolidated school.

“Archrivals isn’t even the right word. They were more like the Hatfields and the McCoys,” Wright said.

“The Depression brought on the sale of both hotels,” Wright said.

West Baden’s hotel became a Jesuit college for priests called West Baden College in 1934. It operated as a seminary until it closed in 1964. French Lick Springs was sold to Sheraton in 1955 and remained part of that chain for 24 years.

Wright said the West Baden players got good experience playing against college-aged players who were studying to be priests.

“By the time they were in high school they learned how to play against bigger teams,” Wright said. “They learned how to pass the ball and find the open man. The open man in many cases was Marvin Pruett. He ended up being an Indiana All-Star. He had an outside shot that was just fantastic. They had really quick guards. French Lick had one incredible player, Butch Schmutzler. So, the starting group became four guys from West Baden and one guy from French Lick.”

Pruett, now 76, said the players bonded quickly. But that wasn’t the case with town citizens.

“The older folks came wearing their old school colors,” Wright said. “They did not want to wear the new school colors of black and white and gold. Red and white was the French Lick Red Devils and purple and white was West Baden Sprudels, which is a German word for mineral springs.”

Wright said the second home game people started showing up in Black Hawks’ colors since they were 3-0.

“By the fifth game, everyone is on board because they’ve won every game,” Wright said. “Both towns are starting to catch on that something is going on. It was an amazing season. There were some unbelievably close games and games that shouldn’t have been won. It was almost as if there was a divine providence occurring here to bring those two towns together.”

Wright said he heard stories at his grandfather’s barber shop and heard his father and older brother, Tom, talking about the team.

Wright would interview the players and coaches so he could help recreate situations and conversations that likely happened off the court.

“The coach, Rex Wells, who was 25 then, sent me boxes of articles that were written then,” Wright said. “All the sportswriters were comparing them to Milan.”

Pruett, who went on to be a star player at the University of Evansville and lives in Newburgh, said Wright got some input from the all the living players about the time period.

“It was a special year for all of us,” Pruett said. “As you get older, memories are the things you have remaining. We have a lot of good memories from that consolidation and that period of time.”