You are at:Home»Current in Geist»Geist Community»Lawrence announces officers of the year 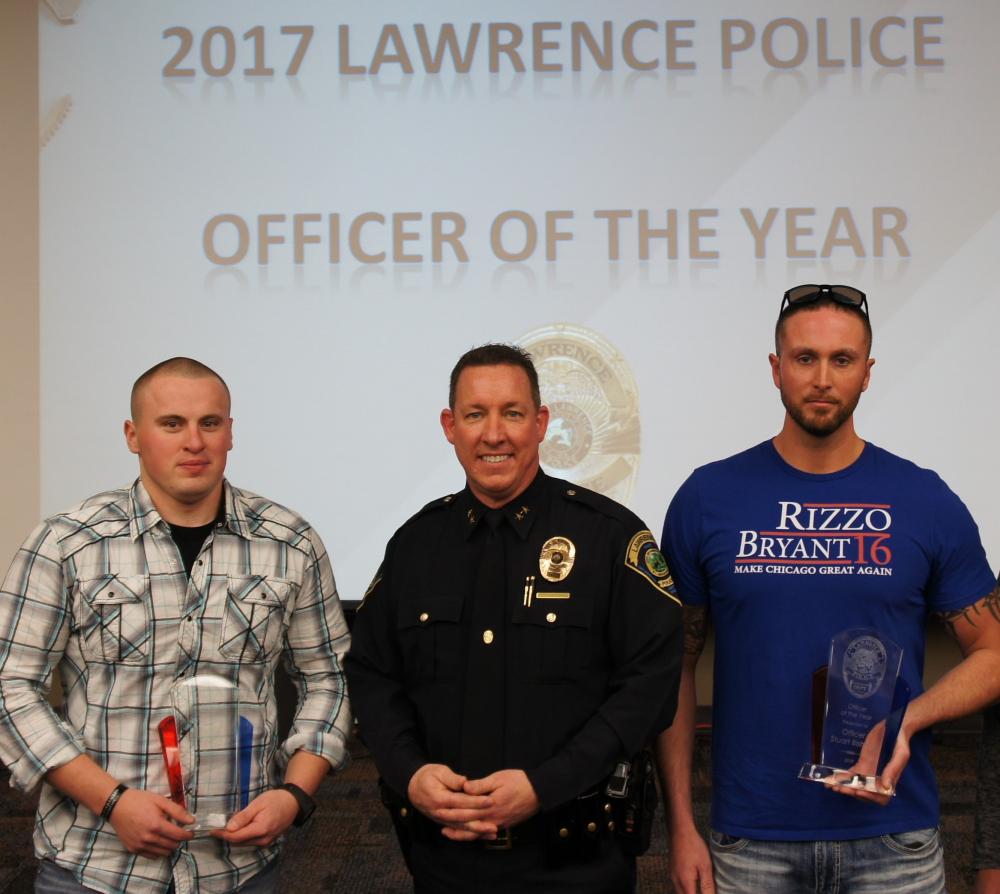 LPD had co-officer of the year award winners – Officer Stuart Bishop and Officer Aaron Clegg. Both were nominated by their peers.

Bishop joined the LPD in 2013 after serving in the U.S. Air Force as a Reserve Officer/Deputy in Montgomery County, S. D., Hendricks County, S.D., and Speedway (Ind.) Police Dept. He also served full-time as a police officer at the VA Hospital prior to joining LPD.

In 2017, Bishop led the Operations Division in overall arrests with 52 felony arrests and 69 misdemeanor arrests. According to his peers, Bishop “consistently demonstrates dedication and commitment to the City of Lawrence through proactive police work,” which included the life-saving efforts of a suicidal person and capturing armed felons during crimes in progress.

Clegg joined the LPD in 2015 after serving as an Emergency Medical Technician. According to his peers, “Clegg has displayed a consistent work ethic during his tenure with LPD, where his attributes include selfless service, is tactically sound, proactive, able to lead and be part of a team, and he has demonstrated excellent report writing throughout the year.”

Clegg also was recognized as one of the most proactive officers on third shift in 2017, including 25 felony arrests, 58 misdemeanor arrests, 64 uniform traffic tickets, 145 traffic warnings and 1,470 assist runs. He also participated in two separate incidents where his decisive actions resulted in de-escalating and stabilizing potentially life-threatening situations involving individuals seeking self-harm.