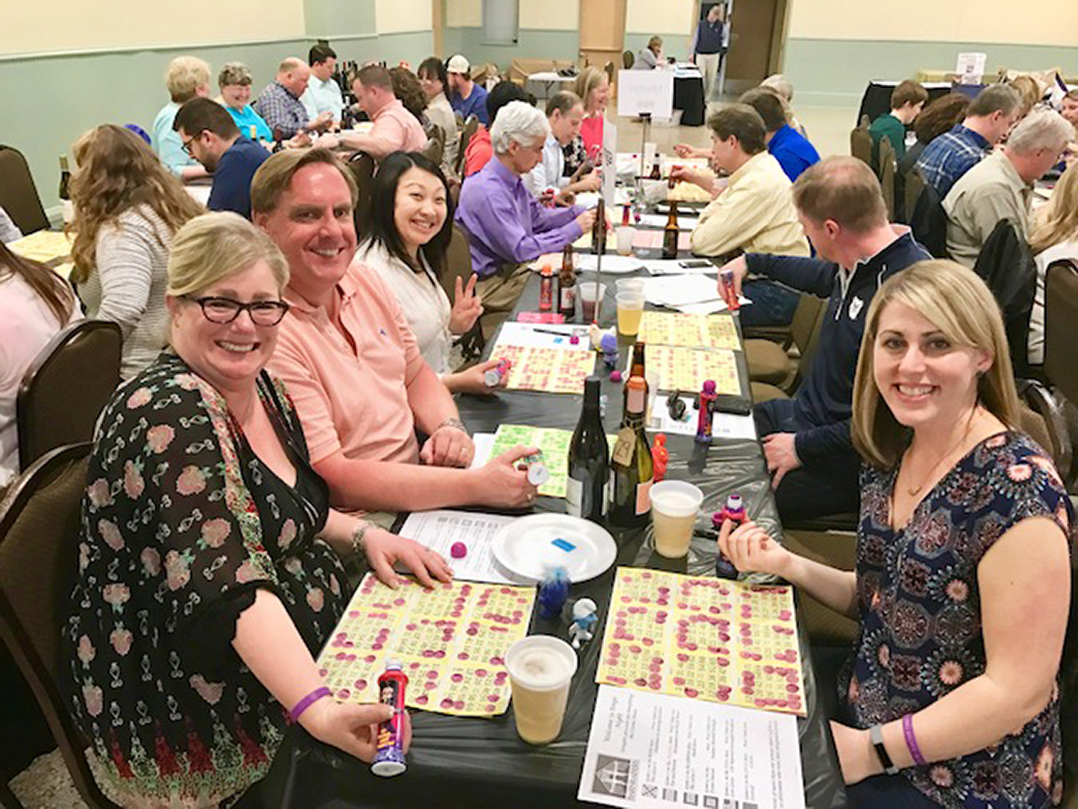 Attention, college fans. March Madness is right around the corner. And we’re not just talking basketball.

The event, which also includes a silent auction and wine pull, will be at the Knights of Columbus, 2100 E 71st St. in Indianapolis. Doors open at 6:30 p.m. Bingo starts at 8 p.m. Tickets are $50 per person and includes beer, wine, taco bar, snacks and six games of bingo.

Guests are encouraged to wear their favorite college team shirt for a chance to win a prize. Last year’s inaugaral event benefitted the nonprofit Craine House, which offers second-chance rehabilitation services for women on work-release.

“Last year we raised over $11,000 for Craine House and everyone had so much fun,” said Carmel resident Kendra Fauth-Edwards, a BarnRaisers board member. “We focus on small, local nonprofits where we can make an impact.”

Founded in 2012, BarnRaisers is a nonprofit that addresses local and global children’s issues. Chaucie’s Place, headquartered in Carmel, is a nonprofit focused on preventing child sexual abuse and youth suicide.

Fauth-Edwards is one of several Carmel residents on the BarnRaisers’ board. She said the goal for this year’s March “Bingo” Madness is to draw between 200 and 250 guests and raise between $15,000 and $20,000. The event is one of two fundraisers the organization hosts annually. It was created as a way to reach more people and help more nonprofits.

“For the past six years in Septemer, BarnRaisers has held an annual golf outing and raised over $450,000,” Fauth-Edwards said. “Every year we identify one local nonprofit and one international nonprofit to split proceeds. We focus on sustainable projects that can improve the health and quality of children and youth, locally and abroad.

“The golf outing has been such a huge success for our organization, but not everyone plays golf, so we decided to organize an event to complement our efforts and added the bingo event.”

For more on BarnRaisers and March “Bingo” Madness, visit barnraisersindiana.com.