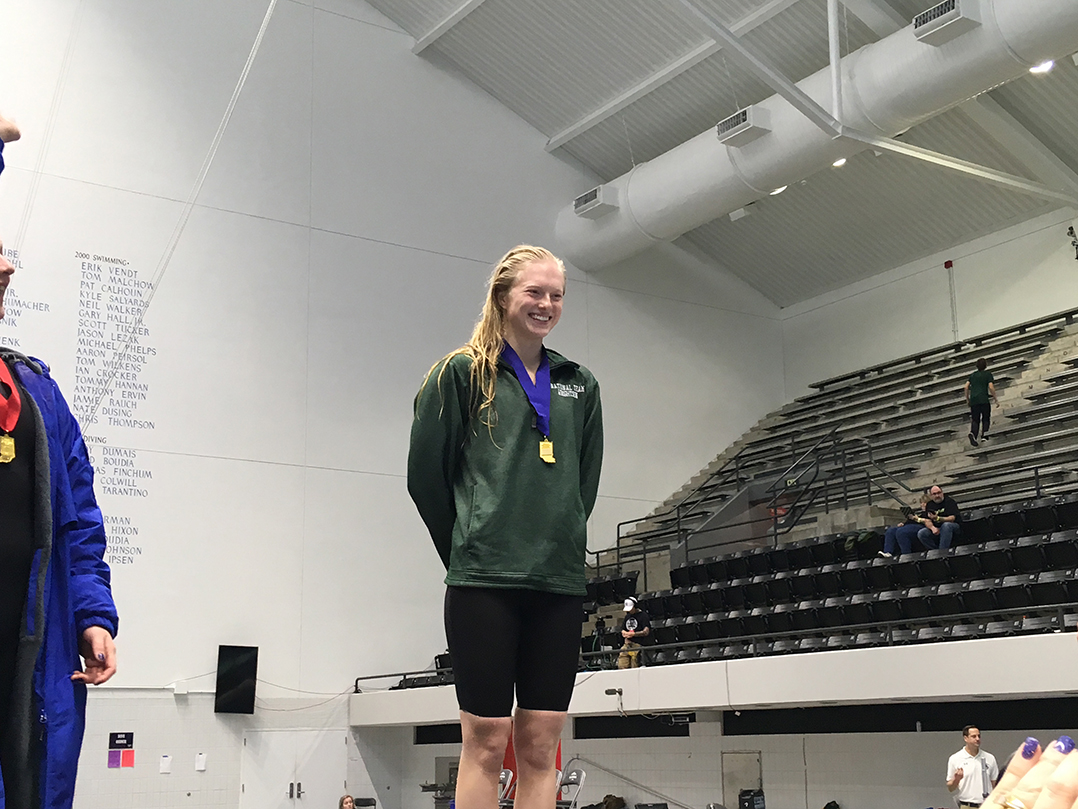 Wrightson won the 100-yard backstroke in 54.02 seconds during the Feb. 10 IHSAA Girls State Swimming and Diving Finals at the IU Natatorium at IUPUI. She was the fastest in prelims, too, at 54 seconds flat.

“I was really excited about it,” Wrightson said of her first high school state championship medal. “Beforehand, my coach (assistant coach Eric Meyer) really helped me out and calmed me down. I really learned a lot from that and I’ve learned a lot from him and the rest of the coaches as well. I’ve had a good team with my coaches and teammates and appreciate everything they’ve done for me.”

Wrightson finished third in the 50 freestyle and was on the 400 freestyle relay team, which placed sixth. Her relay teammates were seniors Claire Brewer and Vic Thomae and freshman Elyse Heiser. The same four were on the eighth-place 200 medley relay team.

Wrightson signed in November to swim for Purdue for the 2018-19 season.

“The campus felt like home, and the coaches and teammates really welcomed me,” Wrightson said.

“It definitely (helped). It gave me a bigger perspective on things since it was such a big meet,” she said. “This (state high school meet) was just for Indiana, but it’s really intense and fun to compete in.”