You are at:Home»Night & Day»Stephenson to highlight work in IWS concert

But this will be special because the Chicago-based composer will guest conduct the IWS in “Masterworks Old and New” at 7 p.m. Feb. 18 at The Palladium in Carmel. 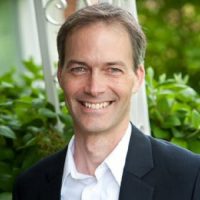 Stephenson will conduct his Symphony No. 2 “Voices.”

“My music has been played by the IWS at The Palladium before, but I have not been there to witness it, nor perform there,” Stephenson said. “So, this will be my first time. I guest conduct anywhere between 10 to 15 times per year. As my main gig is composing, I only really fully got into conducting recently, but that number seems to be growing, which I am happy about, because I love it.”

IWS Director Charlie Conrad said his symphony was part of a commissioning consortium for Stephenson’s piece written to honor the 500th anniversary of the Reformation: “Luther: In Canon.” That was performed in November. Then, IWS featured its bassoon section in Stephenson’s “Bassoon It Will Be Christmas” during its December concert.

Symphony No. 2 “Voices” won the William D. Revelli Prize from the National Band Association as the outstanding composition for band for 2017.

“It was a huge surprise,” Stephenson said. “I rarely enter competitions and did so just kind of on a whim. And I was proud of the piece, so I figured, why not? Both the National Band Association and William Revelli are widely known and respected institutions and names, so to be associated with them is a true honor. Also, to look at the list of names that have been awarded in previous years, and to now join them, I am completely thrilled.”

Stephenson describes it as an extremely virtuosic piece and an intensely personal piece all at once.

“Everyone in the band gets something to do. The parts are very challenging, yet we all come together as one at the end to celebrate having gotten through the experience together. Hence,  the title of the third movement, ‘Of One.’ The symphony is an unusual form, slow/fast/slow, but this allowed me the opportunity to write a kind of apotheosis as a final movement.”

Conrad, a Carmel resident, described Stephenson as one of the busiest composers in the nation.

“I am not sure I have ever seen a composer who is on such a streak of outstanding new works, especially considering he is writing for both orchestra and concert band with equal vigor and success. That is quite rare,” Conrad said.