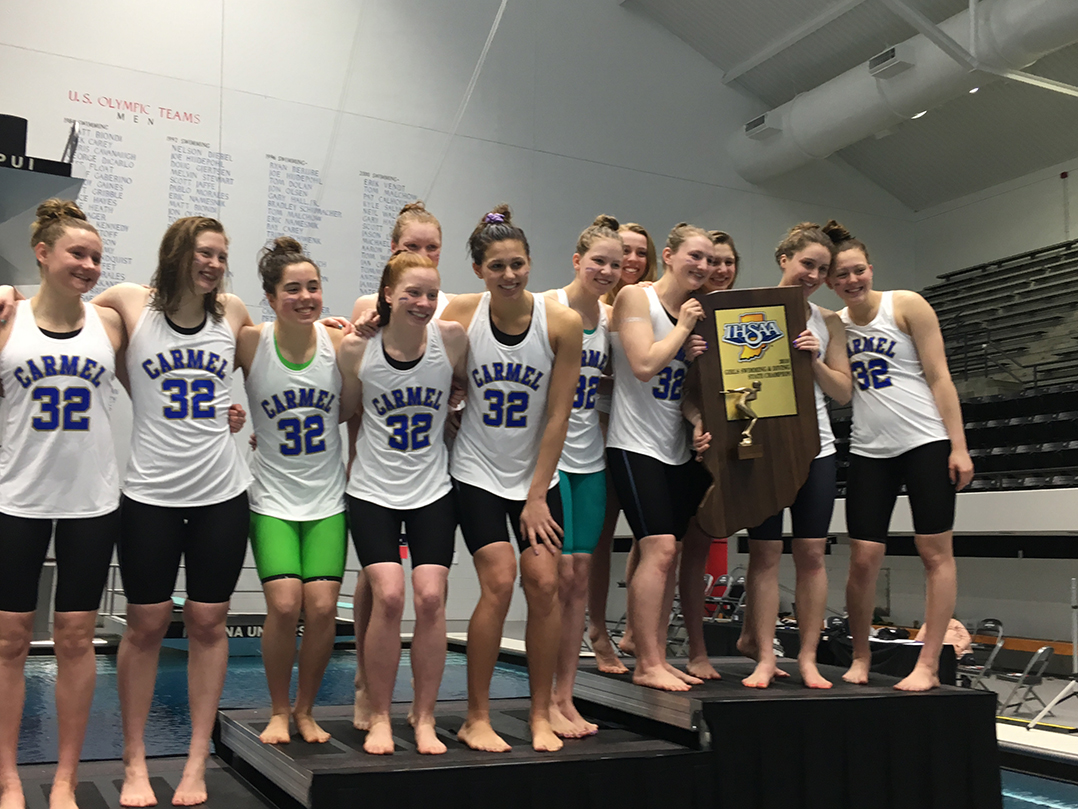 “It was a phenomenal group performance,” Plumb said. “This group came so far. I could not have expected this after last year’s meet. I did not envision us swimming this well. It’s a great surprise and tribute to the girls and the coaching staff.”

The Greyhounds captured their 32nd consecutive IHSAA Girls Swimming and Diving  team state title Feb. 10 at the IU Natatorium at IUPUI with 363 points, well ahead of second-place Northridge’s 215. 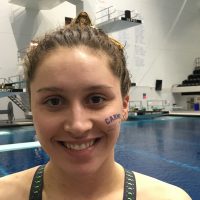 “If you had told me 363 points last year, I would have said you’re crazy,” Plumb said.

A hot start set the tone.

“It was great to start the meet off with three straight wins and some really phenomenal performances,” Plumb said. “We started off winning five of seven (events). We knew we were going to be front-loaded.”

In the final event, Rothrock and Pash joined junior Grace Pangburn and Ashlyn Underhill on the winning  400 freestyle relay.

“We knew we wanted to start strong and finish strong,” Plumb said. “It was a great swim by those girls to close out the meet.”

Pash, Rothrock, Pangburn and senior Grace Estabrook were on the winning 200 medley relay.

“Words can’t really describe the journey I’ve gone through all four years,” said Rothrock, who will swim for the University of Tennessee next season. “I can’t even express how grateful I am to my team and coaches to getting me here. I’m so glad I got to end on this note. I feel like the team has really come together a lot more this year. I think our unity has really been shown, especially in this meet.”

Plumb said it was a great group to coach.

“They were greater than the sum of their parts,” Plumb said.