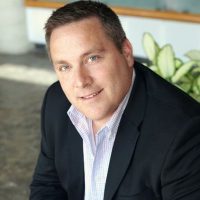 Rebar Development is a real estate company that works to pursue and partner with local governments on development projects.

Shelby Bowen, president and partner of Rebar, is not launching this business on foreign turf. Bowen previously served as the assistant director of redevelopment for the City of Fishers until May 2015.

“That experience came in a variety of forms prior to forming Rebar,” he said. “With the downtown redevelopment in Carmel and Fishers, there is no coincidence that those cities have also been named the best places to live in America, a lot of that is due to this initiative.”

The company was founded at the beginning of the year, and opened its office spaces soon after.

Bowen joined executive team members including Jerry Ewing and Jim Ratliff to launch the company. Ewing will handle corporate business projects while Ratliff will oversee investments and banking. All three have equal stake in Rebar.

Bowen said the company is not just focused on local areas, rather statewide projects as well.

“Clearly there is a lot of opportunity because of the growth in Hamilton County,” Bowen said. “Our core philosophy is to find communities who have a vision to create those opportunities in their downtown.”

Bowen said the company is currently working on a project in the northeastern city of Daleville, a town with a population of roughly 2,000. He said smaller projects are just as important as the larger ones.

“That vision of a small project in Daleville, (Indiana) What I find fascinating is how important these projects are to the people of Daleville, just as they are the same in larger cities.”

Bowen said that the downtown redevelopment aspect appeals to the company.

The Rebar team has already gained notoriety across the state, most notably for their work on public-private partnerships, including the Nickel Plate District, Carmel’s downtown City Center and Speedway, Indiana’s Main Street.

“We just believe that every city and town has an interest,” he said. “Rebar is focused on cities and towns to bring their vision of great places to work, play, and eat. We want to be the partners to bring that to fruition.”

The company looks to hire at least two or more employees by year’s end. And dependent on growth, that number could change, according to Bowen.

“We love the development that’s occurring around us here in Fishers,” he said. “We want to see what kind of impact this can provide for the next 100 years, every city or town wants a great place for diverse housing options or office space, this is a truly unique venture.”