You are at:Home»Current in Noblesville»Noblesville Community»City first in state to begin using public safety platform 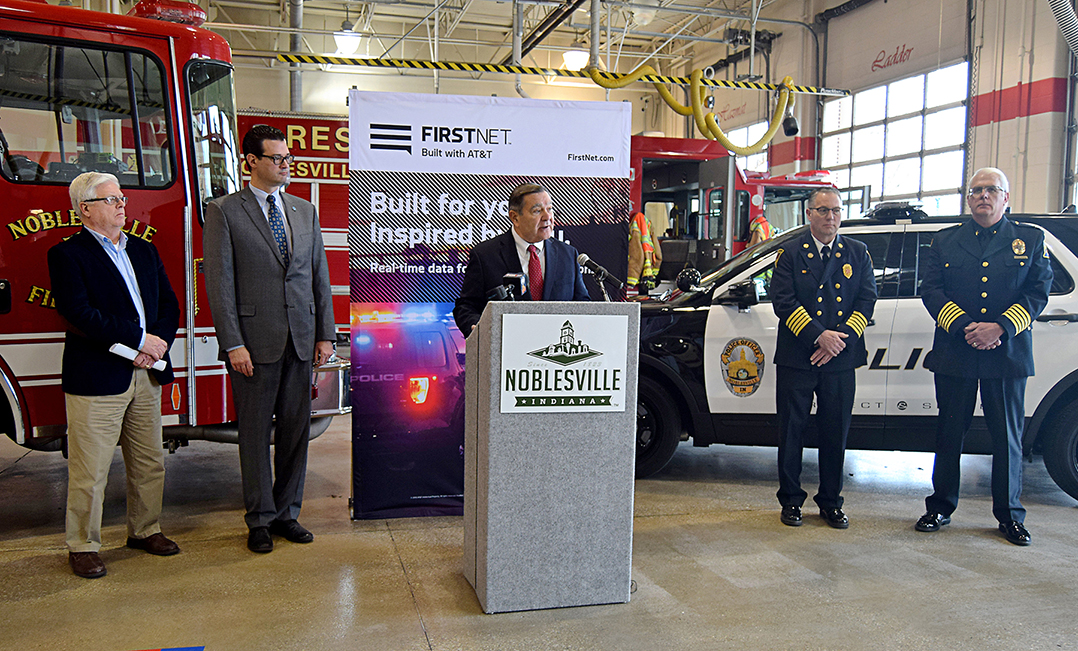 On Feb. 1, Noblesville became the first city in Indiana to subscribe its public safety departments to FirstNet, a network dedicated to public safety.

As a result, all of Noblesville’s police, fire and EMS personnel use the platform built by AT&T and the First Responder Network Authority.

“We are proud to be the anchor tenant in Indiana and one of the first cities nationwide for this cutting-edge public safety communications platform,” Noblesville Mayor John Ditslear stated in a press release. “We want to lead in technology and public safety, and this move allows us to do both and provide better service to our first responders, residents and guests in times of need.”

Noblesville officials said by subscribing to FirstNet, its public safety departments will stay connected to critical information. FirstNet helps ensure its personnel can easily and quickly communicate with one another. The communications platform provides the city with an additional tool to be prepared for everyday public safety situations as well as emergency events.

“By becoming the first community in Indiana to officially sign on to FirstNet, the City of Noblesville has shown tremendous leadership in public safety,” AT&T Indiana President Bill Soards stated. “This move to the FirstNet platform gives Noblesville the advanced tools they need to make their communications simpler, faster, more collaborative and more secure.”

City officials said several factors played a part in the decision to use FirstNet, primarily access and reliability. The platform gives first responders priority instead of using a congested network.

“The amount of connectivity and its reliability is absolutely mission-critical,” Noblesville Fire Chief Greg Wyant stated. “Our communication needs extend beyond phones to connecting our computers to our dispatch center, our EKG monitors to the hospital and many other devices that have a direct impact on firefighter and citizen safety and health care outcomes. These must remain connected, especially during major events, which is historically when cellular systems have been overloaded.”