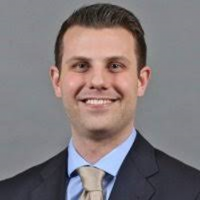 “Heartland has been around the coffee cup for years with our private label sweeteners and creamers as well as the addition of our SPLENDA offerings now,” said David Samardzija, cold brew coffee category advisor for Heartland Food Products Group.

Java House cold brew coffee is made with only water and coffee and produced with grounds that have been steeped for more than 12 hours. The beverage was recently voted the No. 1 product at the National Convenience Store Show in Chicago.

Samardzija said the benefits of cold brew coffee are less acidity, a smoother and sweeter taste and a higher caffeine content.

The company has deep ties to Indiana. Founder Ted Gelov is a Purdue University graduate, and the company has been headquartered in Clay Terrace since 2004.

In 2004, Heartland Food Products Group began selling sweeteners and opened a manufacturing plant in Amsterdam, Netherlands. In 2011, the company was the first to market private label water enhancers. Its U.S. and Canada products are manufactured in its Indianapolis manufacturing plant. The company supplies 90 percent of sucralose to the Top 25 U.S. retailers.