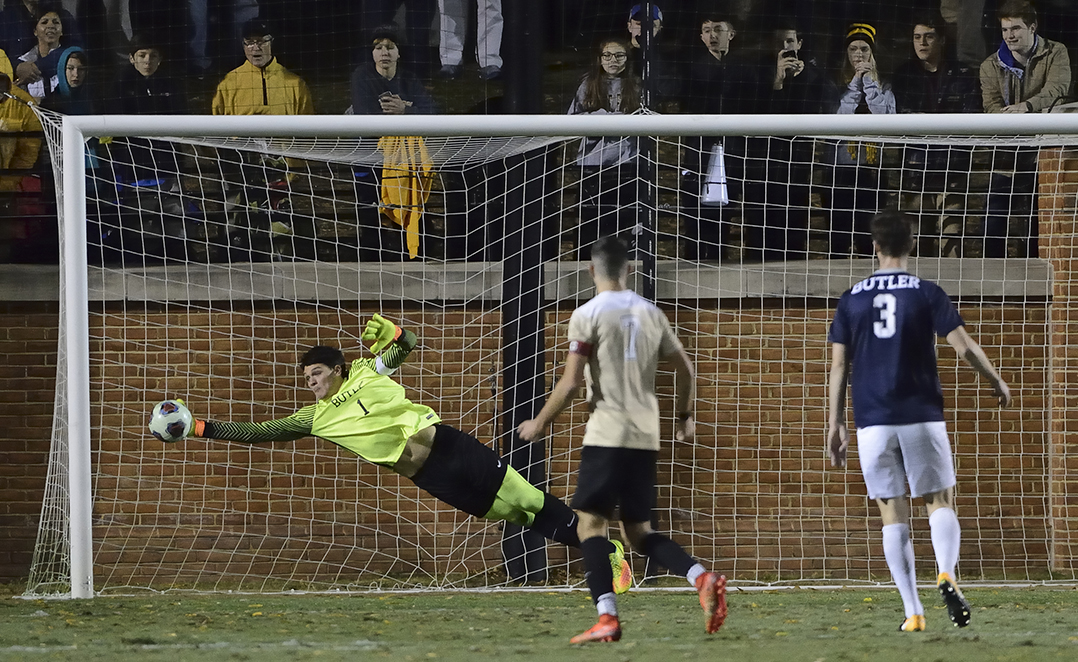 Eric Dick dives to block a ball during his time at Butler University. (Submitted photo)

By the time Eric Dick reached high school, soccer was a passion. By the time he got to college, it was a career ambition.

On Jan. 19, Dick – a former standout at Carmel High School and Butler University – was selected in the first round of the 2018 Major League Soccer SuperDraft by Sporting Kansas City.  He was the 13th overall pick and the first keeper taken in the draft. 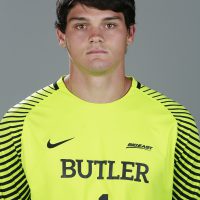 Playing professionally has been his goal since college.

“This is something that I really like doing, and I’m going to try my best and do everything in my power to make this a potential career, so this is absolutely a dream come true,” said Dick, a 2013 CHS grad. “I’m very happy to be here.”

An imposing 6-foot-5 athlete, Dick helped lead the Bulldogs to a 14-5-2 overall record. Along the way, they won the regular season Big East championship and advanced to the third round of the NCAA Tournament, matching the longest postseason run in program history.

A first team NCAA Division I All-American, Dick was named Big East Goalkeeper of the Year after tallying a team-record nine shutouts and posting a 0.97 goals against average and a 082 save percentage.

The highest-drafted keeper in Butler history, Dick completed his degree requirements during the 2017 season. In a homecoming of sorts, he joined Kansas City two days after the draft.

“I honestly didn’t even know they were interested in me because they didn’t talk to me at all during the (pre-draft) combine,” Dick said. “They kept it very close to their chest, but I am very happy because I was born in Kansas City and lived there for my first five years, so it’s sort of like a full-circle thing.”

Born in Roeland Park, Kan., Dick’s family moved to Carmel when he was 5. He grew up in Carmel and played two varsity seasons at CHS before playing for the Indiana Fire Academy his senior year.

One of four keepers on Kansas City’s roster, Dick has already appeared in some preseason matches and looks forward to the March 5 regular-season opener against visiting New York City FC.

“The team itself is just unreal, the situation I’m in with them,” said Dick, whose parents are Randy and Nina Underman-Dick. “I’m very, very blessed with this opportunity. It’s a really cool situation.”