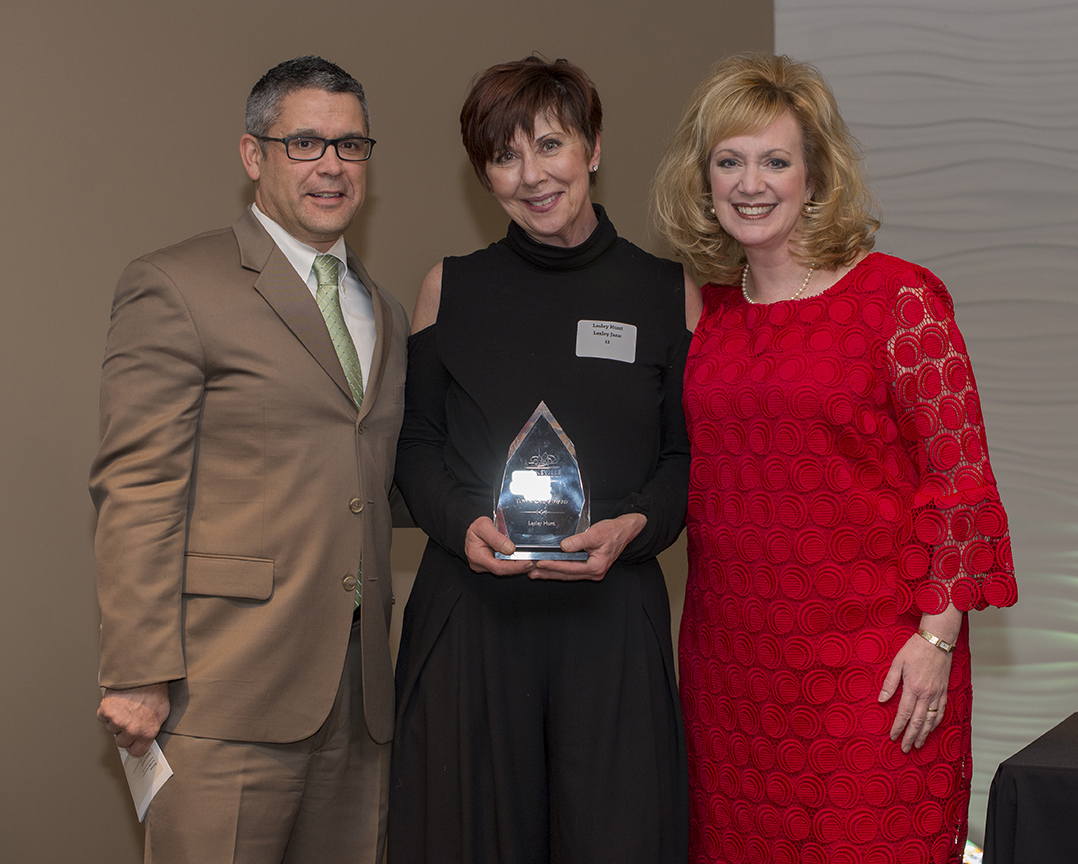 Before a packed crowd of 250, five local people and two businesses were recognized for contributions to the community during the recent Zionsville Chamber of Commerce annual awards banquet.

The Town Crier Award, recognizing an individual who contributes time and effort to the betterment of the community, was presented to Lesley Jane Hunt.

“The committee said this is a no-brainer,” said Tracy Phillips, executive director for the chamer.

Phillips added that the unofficial description of a Town Crier is “a cheerleader for Zionsville.”

Hunt, owner of Lesley Jane, has led Christmas in the Village for several years, helped organize the Brick Street Market and is on the board of the Zionsville Educational Foundation.

Last year, Hunt helped create a recognition of previous Town Crier recipients to celebrate the 50th anniversary of the award. Hunt said she is humbled to be included in that group.

“I got to hear all their stories,” she said. “They’re people who really accomplished quite a bit.”

Shari Jenkins was named the Business Person of the Year for taking care of her employees when her restaurant, Noah Grants, was forced to close for several months after a fire.

“They were self-starters,” Phillips said. “They thought out of the box.”

Phillips said the biggest logistical change of the evening, eliminating a silent auction fundraiser in lieu of a raffle, was a positive move.

“That allowed people to do what they really want to do, which is network,” she said.

Other award recipients were: