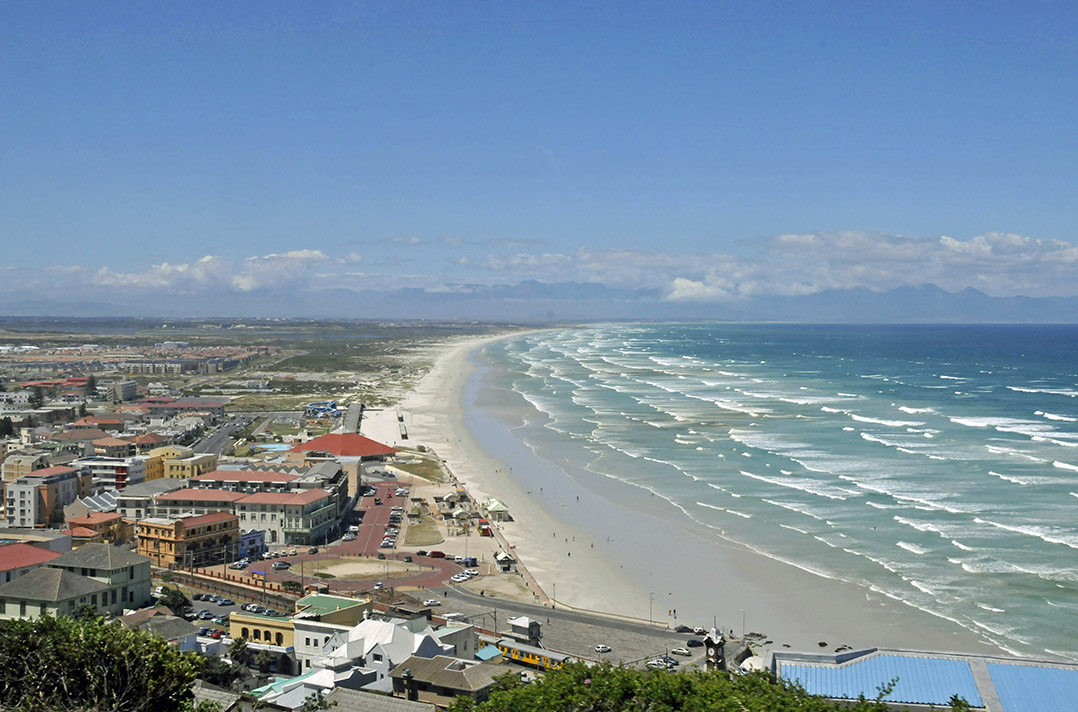 Whatever is your current image of South Africa, it will be changed by a visit to False Bay, ironically the largest true bay in the nation and one of the largest in the world.

In the 17th century, Portuguese ships coming home from the East Indies stopped for supplies in Cape Town, located on Table Bay on the western side of the Cape Peninsula at the southern tip of Africa. The returning ships often mistook a rocky cape to the east of the Cape Peninsula as the point to turn north and found themselves in a gently curving bay almost 20 miles wide. They named the mistaken cape the “False Cape,” and the bay dividing the capes became the “False Bay” by association.

Today, the sandy northwest shore of False Bay, approximately 30 miles across the Cape Peninsula from the center of Cape Town, is lined with charming villages, each with its own unique character. Simon’s Town is home both to the South African navy and a rare colony of African penguins that swim along with the tourists. Seal Island, a short boat ride from Simon’s Town, is home to more than 70,000 cape fur seals. Fish Hoek is known for its unique shops and whale-watching opportunities. Kalk Bay remains a quaint fishing village, with an active harbor. Muizenberg is famous for its waves, providing some of the best surfing opportunities in the world for beginners. On their way to or from Cape Town, visitors to False Bay often stop in Stellenbosch, a Dutch town founded in 1679 and renowned for its world-class wineries at the foot of Stellenbosch Mountain.

A visit to Cape Town, a beautiful and sophisticated city, should be on everyone’s bucket list.  A visit there is not complete without at least a day trip to False Bay.