You are at:Home»Current in Geist»Geist Community»Mike Kirschner to lead Mt. Vernon football program 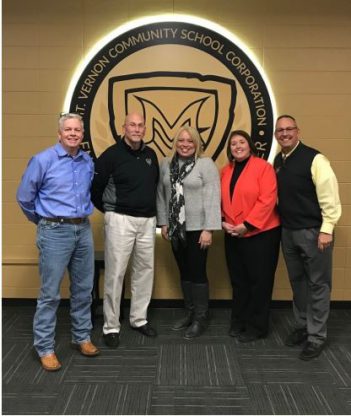 Kirschner comes to Mt. Vernon after an 18-year tenure at Ben Davis High School, where he spent the past 11 years as head football coach. While at Ben Davis, Kirschner was part of two state titles as an assistant coach under retired coach Dick Dullaghan. As head coach, Kirschner led the Giants to Class 6A state championships in 2014 and 2017 6A state.

Kirschner has garnered numerous team and personal highlights, including:

“While the accolades were impressive, the humility coach Kirschner displayed throughout the process only increased our excitement for what he may bring to our students and community,” Robbins said. “We look forward to the leadership that coach Kirschner will bring to the Marauder family. As a coach, teacher, father and motivational speaker, coach Kirschner has had a tremendous impact on the lives of thousands of people throughout his career and will undoubtedly leave his mark on (Mt. Vernon).”