You are at:Home»Current in Carmel»Carmel Clay Parks & Recreation prepares to remove 500 trees at West Park 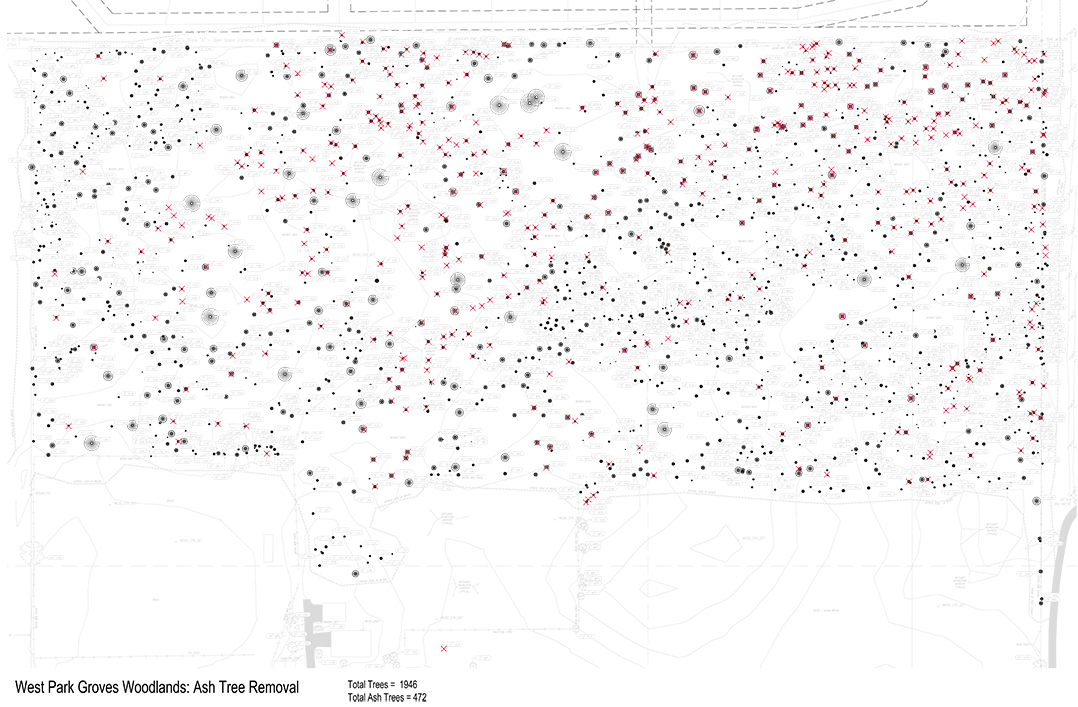 CCPR has identified approximately 500 trees to be removed from the West Park area. Most of them have been infested by the emerald ash borer. (Submitted photo)

As Carmel Clay Parks and Recreation officials prepare to enhance West Park, they must first remove approximately 500 trees dead or compromised trees, most of which have been infested by the emerald ash borer.

The tree removal process on 40 acres west of the park along 116th Street will be conducted in a manner aimed to minimize damage to healthy trees, the natural understory, existing wildlife and wildflowers, according to Michael Klitzing, CCPR chief operation officer. 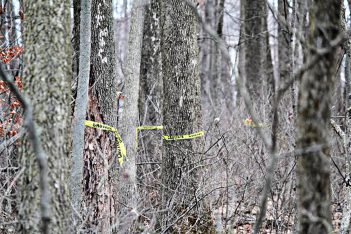 A majority of the trees that will be removed from West Park are infected by the emerald ash borer, a destructive wood-boring pest that has killed hundreds of millions of ash trees through the U.S. (Submitted photo)

“With the goal of developing a small trail and adventure playground within portions of the woods, it is paramount that we provide safe conditions for our visitors,” Klitzing said.

The emerald ash borer is an invasive and destructive wood-boring pest native to Asia whose larvae feed under the bark and damage the vascular tissue of the Ash tree, resulting in the tree’s death. After infection, the dead trees and limbs become brittle and at risk of falling.

Klitzing said while the department would prefer not to be faced with this situation, the removal of the dead trees is a matter of public safety.

“Large limbs from these trees, and in many cases the entire tree, are at risk of falling on anyone or anything underneath them,” he said.

To avoid clear-cutting the woods, the trees throughout the park affected by the emerald ash borer will be selectively removed. Equipment with tracks will be used to minimize compaction of the ground.  Work will begin Feb. 5 and will be complete by March 31 to better ensure the survival of wildflowers.

The Emerald ash borer has caused devastation to trees across the nation. According to the U.S. Dept. of Agriculture, emerald ash borer infections have been detected in 31 states.

The beetle was first discovered near Detroit in 2002. The first confirmed case in Indiana was in 2004. The U.S. Dept. of Natural Resources reports the pest has been confirmed in all 92 Indiana counties.