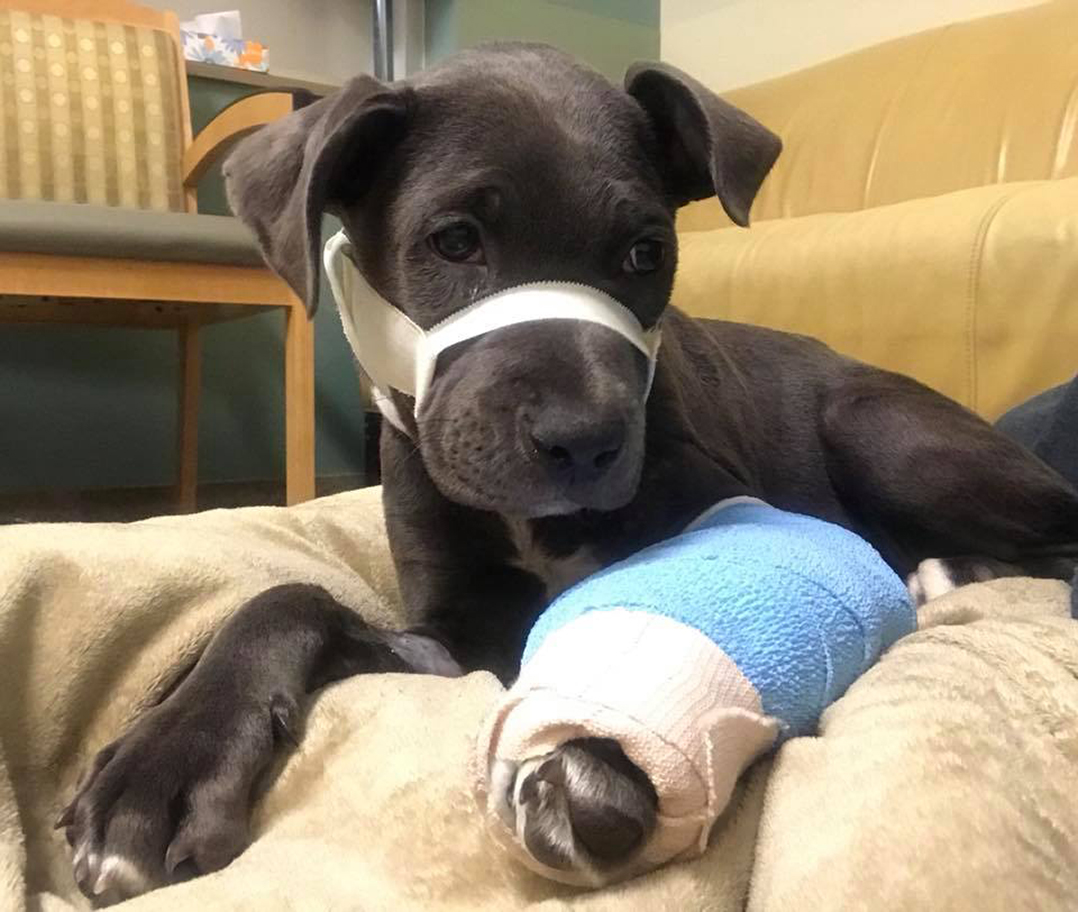 Halsey is recovering after being found with skull fractures, a broken jaw and many other injuries. (Submitted photo)

After being severely abused and left for dead with multiple injuries, a 4-month old puppy is recovering with the help of Zionsville-based Every Dog Counts Rescue.

“We’re a medical rescue. We take sick and injured dogs,” Director Tara Harris said. “IACS will contact us if they have a dog like this that is badly injured and needs medical attention more than they can provide there. We received Halsey Jan. 24.” 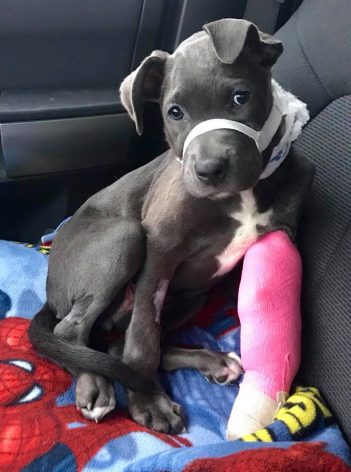 Halsey is recovering after being found with skull fractures, a broken jaw and many other injuries. (Submitted photo)

Halsey was taken to VCA Advanced Veterinary Care Center in Fishers for initial treatment. An arrest has been made for the abuse.

“She had multiple skull fractures, bleeding on the surface of her right eye, a broken jaw on the right side, multiple rib fractures and displaced fractures through her forearm,” Harris said. “Due to the lack of treatment and how badly that arm was broken, the skin had started breaking down and getting infected.”

In addition to physical abuse, Halsey showed signs of neglect. The nature of future treatments are to be determined.

“Because she had multiple fractures and part of the bone was lifted up, she really isn’t out of the woods yet with that head injury,” Harris said. “We’re trying to save her leg, but because of how infected it was she may need to have that leg amputated in the future. If her jaw fracture won’t heal she’ll have to have surgery.”

Halsey is recovering in a foster home. Harris said many people have contacted the rescue about adoption, but for now her caregivers are focused on healing her injuries. The cost for her care could be several thousand dollars. EDC is accepting donations for her care.

“We’re a medical rescue, so if we get more than Halsey needed we would use them for other sick and injured dogs,” Harris said.

To donate and for updates on Halsey, visit facebook.com/EveryDogCountsRescue/.