You are at:Home»Current in Geist»Geist Community»Lawrence street light upgrades under way

Things are about to look a little brighter around the City of Lawrence thanks to the upcoming street light repairs along 56th Street and Lee Road. 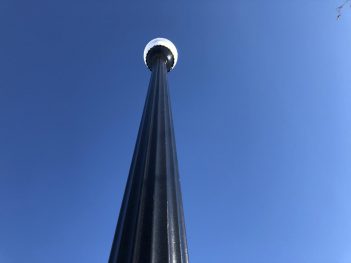 Aging and broken streetlights owned by the City are being replaced with new LED bulbs.

The city has dedicated $100,000 for street light repair in its 2018 budget. According to Dept. of Public Works Director of Streets Dave Lott, replacement and repair was scheduled begin Jan. 24. The first phase includes the replacement of broken streetlights on all city-owned poles.

“LEDs can deliver better lighting with 50 to 60 percent less energy use,” he said. “Switching to LED will mean less frequent service and replacement of bulbs. First, we will focus on 56th Street, and after completion, we will move to Lee Road. Our goal is to upgrade all city-owned decorative lights on the Fort to LED.”