Emily Bohn is a longtime fan of Jane Austen literature. So much so that portraying a character from an Austen novel has been a lifelong ambition. 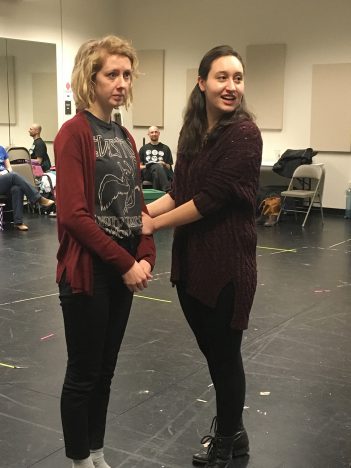 Finally, she’s getting the chance to fulfill it.

Bohn, an Indianapolis resident who grew up in Carmel, portrays Elinor Dashwood in Civic Theatre’s production of “Sense and Sensibility,” based on the classic Austen novel of the same name.

Published in 1811, “Sense and Sensibility” tells the story of the teenage Dashwood sisters, who become broke and “socially vulnerable” following the death of their father in 18th century England. Based on an adaptation by Kate Hamill, the play runs Feb. 2 through Feb. 17 at Civic Theatre in Carmel, 3 Center Green Carmel, Suite 300.

Bohn, who began acting at a young age in summer theater camps, has longed for the opportunity to perform in an Austen production.

“I’m drawn to the story for the fact that it’s Jane Austen,” said Bohn, a 2012 Park Tudor High School graduate who has a bachelor’s degree in theater from Butler University.

She also has a diploma in Classical Acting from the London Academy of Music and Dramatic Arts and teaches acting at the Indiana Repertory Theatre.

“I grew up watching all the BBC adaptations of Jane Austen novels on PBS, so getting the chance to be a part of one of her stories was definitely an acting ‘bucket list’ item,” Bohn said. “Jane Austen was a woman who wrote unapologetically about her time and, more specifically, the women of her time. Many of the emotions that are thrust upon the Dashwoods, infatuation, jealousy, heartbreak, betrayal, forgiveness, etc., are abundantly relatable to today.”

Jackson is a Carmel resident who grew up in Fishers.

“All of us play multiple roles, except for the lead ladies, so we are having fun finding ways to create and show different characters in body language, speech or attitude,” Jackson said. “At times, we have to differentiate each character while switching roles in a very short period of time.”

For times and tickets, visit civictheatre.org.