You are at:Home»Lifestyle»Travel»Column: Sizing up the Mount of Temptation 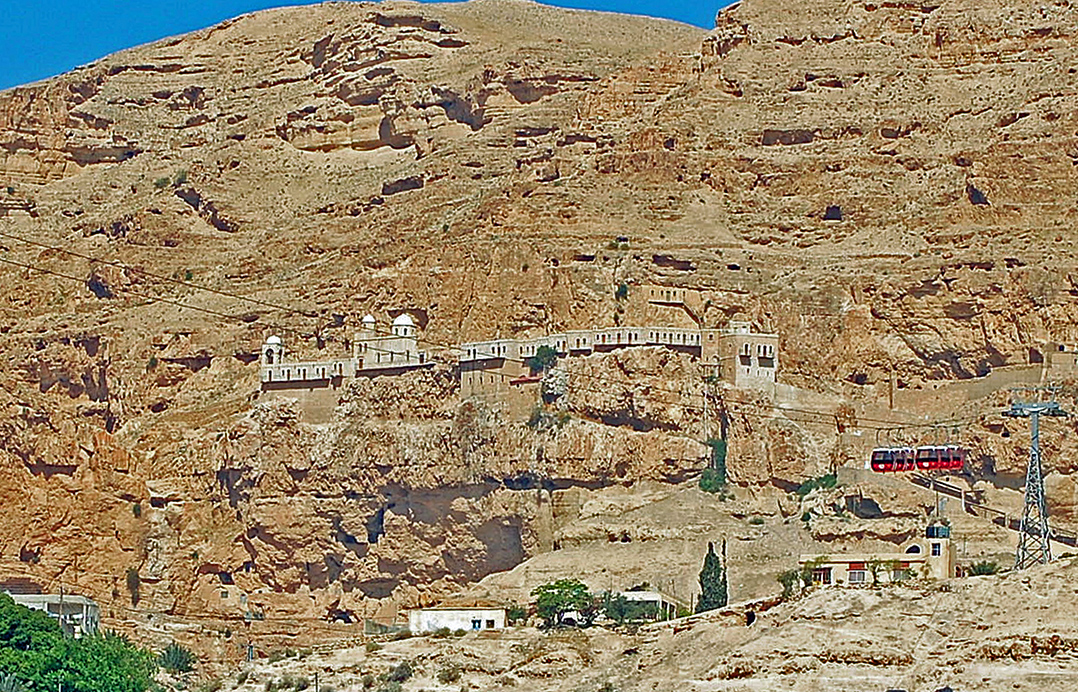 A monastery suspended from the side of a mountain near Jericho memorializes a famous story about Jesus. It also suggests that perhaps the story should not be taken too literally.

According to the New Testament, after Jesus had been baptized in the Jordan River he went into the desert to meditate. After 40 days of fasting, the devil took him to an “exceedingly high mountain,” where he could see all the kingdoms of the world and their splendor, and offered him control of those kingdoms if Jesus became a devil worshipper. Jesus refused.

As early as the first century, Christian hermits began living in a network of about 40 natural caves on the side of a 1,200-foot mountain northwest of Jericho. In about 326 A.D., after Emperor Constantine had declared that Christianity was legal in the Roman Empire, he sent his mother Helena to identify sites mentioned in the Bible. She concluded that the mountain with the caves was where the devil had tempted Jesus. Based on Helena’s identification, fourth century monks built a monastery on the mountain near the ruins of a second century B.C. fortress erected by the Maccabees. The monastery was destroyed in 614 when Persia took control of the area from the Byzantine Empire. When the Crusaders captured the area in 1099, they erected two churches near caves by then associated with the temptation of Jesus. In 1895, a Greek Orthodox religious order erected a cantilevered monastery half way up the side of the mountain, now known as the Mount of Temptation.

Since 1998, a cable car has run from the ruins of the ancient city of Jericho to the monastery, where visitors can eat lunch and get a spectacular view of the Jordan River Valley, the Dead Sea and the mountains of Moab in nearby Jordan.