You are at:Home»Current in Fishers»Fishers Cover Stories»Bringing the beer: Sun King Brewery to expand brewery at The Yard

Sun King Brewery recently announced a new, 13,000-square-foot brewery to be built in The Yard in Fishers in partnership with Thompson Thrift Retail Group and the City of Fishers. (Submitted rendering)

On Jan. 23, Sun King Brewery announced in a partnership with Thompson Thrift Retail Group and the City of Fishers that it would move into a 13,000-square-foot specialty production brewery in The Yard, a $40 million culinary development at 116th Street and I-69 in Fishers.

The building, constructed by Thompson Thrift, will feature two levels where attendees can taste beer and spirits, which would be produced at Sun King’s new distillery in Carmel. The brewery will feature a 3,000-square-foot rooftop patio and some family friendly areas.

Ashlee Boyd, managing partner for Thompson Thrift, said the building will cost approximately $1.5 million. Furnishings and finishing touches will add on to the expense. 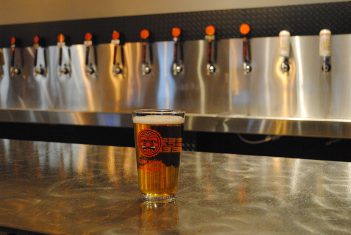 Three years ago, Sun King moved into its current location at 7848 E. 96th St. Since then, co-founder Clay Robinson said he and his team have been in communication with Thompson Thrift and the City of Fishers regarding expansion possibilities. Sun King’s small-batch taproom launched those conversations.

“The small-batch taproom for us has been something that allowed us to create a presence in Fishers and see what the market was like up here and see if people were excited about Sun King, which fortunately the answer was yes,” Robinson said. “More than anything, the way we had to change our business plans allowed us to create this small-batch brewing program and drive innovation on the side of brewing. And over the past few years, we’ve continued to talk and work with Thompson Thrift and the City of Fishers and Mayor (Scott) Fadness and look at what our opportunities would be here.”

Those opportunities mean joining the list of offerings at The Yard.

“We believe in your entrepreneurial spirit and your vision, and they were committed then and they’ve remained committed,” Mayor Scott Fadness said of Sun King. “They’re part of this vibrancy in, frankly, central Indiana that has done untold good things in terms of creating that ‘in’ factor to Indianapolis as well as Fishers.”

“We knew this was in a great location and it could be something truly unique to the community,” Boyd said.

The Yard is expected to break ground this year and open in 2019. Construction will happen simultaneously with the entire development. The plan is to open it all as one entity instead of in phases. Two other recently announced additions to The Yard are St. Elmo Steak House spinoffs Burger Study and the 1933 Lounge.

Thompson Thrift will own the brewery at The Yard. Sun King will lease it for at least 10 years.

“We are very excited to have Sun King. I could not think of a better anchor to activate The Yard area,” Boyd said.

Boyd also said Thompson Thrift, the City of Fishers and Sun King will work together to plan events at The Yard throughout the year, such as an Oktoberfest.

“We can really activate the project and create something really unique for the community,” Boyd said.

“What we have today is a cute little 3 1/2-barrel brewhouse, and it’s really given us the opportunity to develop and create new recipes and also be a creative outlet for our folks,” Colt said. “So, we are going to take that and multiply it so we can produce more award-winning craft beer from all of our outlets.” 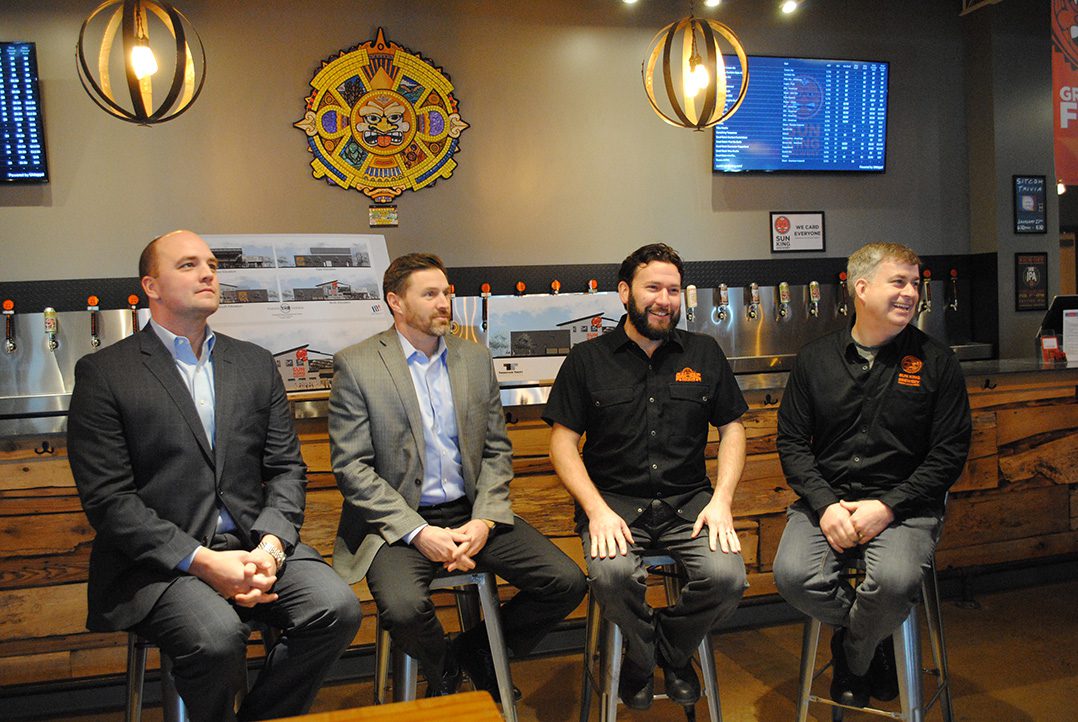 According to Sun King co-owner Clay Robinson, all the furniture in the brewery’s taproom is built by the Sun King team. The tables are repurposed from a bowling alley, and barn wood is utilized in the furnishings. Robinson said Sun King’s brewery at The Yard will continue with that creative trend.

“We actually have a local partner who has several barns we are about to dismantle this spring,  so we have the ability to use a lot of reclaimed materials in building all of our furnishings, not only for Fishers but for our Carmel distillery,” Robinson said. “We are really taking this as a hands-on, really creative project from the ground up.”