You are at:Home»Current in Westfield»Westfield Community»Westfield Washington Board of School Trustees elects Dan Degnan as next president

The Westfield Washington Board of School Trustees unanimously elected Dan Degnan as the next president during its Jan. 9 meeting. 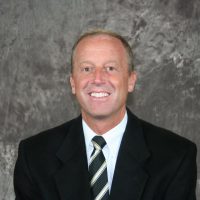 Degnan was originally elected in 2014 to the District 4 seat, which encompasses most of the southeastern quadrant of Westfield. His seat, along with members Amber Willis and Mary SeRine, are up for nonpartisan reelection this year, meaning there is no May primary.

Degnan will oversee the first phase of construction on schools, which will continue through summer 2020.

“I’m looking forward to the construction. We have a lot of strategic initiatives that we have started. We have done multi-year items in just one,” he said. “We are all really excited. The community trusted us with passing the referendums and being efficient and meeting the needs of students. The work (Skillman Corp.) has done so far has met all the conditions. They have been good partners.”

Degnan said he looks forward to his term as president.

“I’m excited about it, and I think we will be able to do some neat things,” Degnan said. “The way we look today won’t be the same as we look a year from now.”

Degnan is an associate director of the professional program lab at the College of Pharmacy at Purdue University. He has been a licensed pharmacist since 1991 and has a doctorate in pharmacy from Purdue.

Degnan previously served as the board’s vice president. He has been an active member in the community. He served on Westfield’s Advisory Plan Commission for seven years and was the committee’s representative on the Board of Zoning and Appeals.

The district has taken steps in recent years to ensure members of the public have their voices heard, Degnan said.

“I love it when people come and comment and watch the work we do,” he said “We have started down a path of added additional transparency by having meetings recorded. There is a lot of info on the website people can take advantage of.”

Supt. Sherry Grate said former President Duane Lutz’s “professionalism and commitment” to the community has guided the district, including on its passage of two referendums.

“I am thrilled he’ll still be strongly involved as vice president of the board,” Grate said.

Lutz will now serve as vice president, and board secretary Amber Willis will retain her position.

“Having worked with Dan for the last year and a half, I’ve found him to be thoughtful and knowledgeable with a knack for asking the right questions,” Grate said. “I’m excited he is taking on the additional responsibilities of president as we have much to accomplish in the year ahead.”