You are at:Home»Current in Carmel»Carmel Community»Carmel’s Thornton announces run for Congress

Dierdre Thornton has long had an interest in running for elected office.

“However, after the last election cycle, I knew it was time to step up,” said Thornton, who goes by Dee. “I have lived in Carmel for over 26 years, and yet I feel like I am not represented in Congress. I know I can make a difference and be the leader that our community truly deserves.” 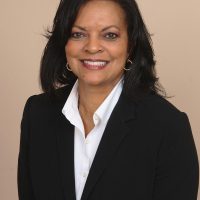 Fittingly, on Martin Luther King Day Thornton announced her decision to run for the Democratic nomination for 5th Congressional District.

“I’ve been at the forefront of the civil rights movement my entire life,” Thornton said. “I was one of the first children to attend a desegregated school in Tennessee and was part of the first wave of Title IX beneficiaries, earning myself a scholarship to attend college and play basketball.”

Thornton played basketball at the University of Louisville. She graduated in 1982.

Thornton worked 30 years for Xerox before leaving to start her own business helping female entrepreneurs build their businesses.

“I’ve seen firsthand what hard work, education and passion can do for a person and for a community,” she said. “It’s time to bring those values back to our government.”

Joining Thornton for the Democratic race so far are Sean Dugdale and Dion Douglas. U.S. Rep. Susan Brooks, a Carmel resident who is seeking re-election, is the only candidate to file in the Republican race at this point. The filing deadline for the May 8 primary is Feb. 9.

As a Democrat, Thornton knows if she can get the nomination she faces an uphill challenge in the traditionally Republican district.

“I’ve always had a competitive spirit, from becoming an athlete to building a career from the ground up,” Thornton said. “One of the things that competition can teach you is that at the end of the game, the winner isn’t determined by the color of their jersey, but by how well they played. I believe that representation isn’t about being a Democrat or a Republican, it’s about leadership. Right now, the 5th District doesn’t have leadership that fully represents our community, and that makes this the right time to get off the bench and say, ‘game on.’”