You are at:Home»Current in Fishers»Fishers Community»Butler professor’s lesson plan turns to history novel

Jason Lantzer’s seminar began as a history program connecting Butler students to the school’s Civil War legacy, but his example piece turned into a nonfiction book.

“I was asked if I would put together a new honors seminar and, as a historian, I wanted to find something I was comfortable teaching,” the Fishers resident said, noting his inspiration for the course came from a plaque on campus commemorating Butler alums who died during the Civil War. 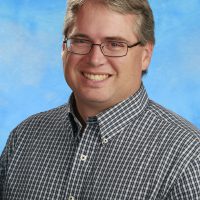 “I would do a class connecting the Civil War to the university itself,” Lantzer said.

Lantzer, 42, decided to craft an example for his students. His project profiled the life of Preston Davidson, who served for the Confederacy. Davidson and his family were split between the North and South. Lantzer’s notes on Davidson covered more than 100 pages, and he realized he had the workings of a book.

“I knew of northerners and plenty of Hoosiers who fought, and it baffled me knowing here was a kid who was going to the university that had a reputation in the 1850s as a school where Abolitionists were welcome,” Lantzer said. “How did this particular student end up fighting for the Confederacy?

“The whole book covers his family’s transition and tragedy and in a lot of respects, mirrors what the country goes through,” Lantzer added. “It’s full of everything you’ve ever heard in a cliché way about the Civil War, except it’s all true. It’s a story that was in some ways forgotten, and I was the lucky one to uncover it.”

The Indiana Historical Society published Lantzer’s book, titled “Rebel Bulldog: The Story of One Family, Two States, and the Civil War.” It is available for $24.95 at shop.indianahistory.org. “Rebel Bulldog” is Lantzer’s fifth book.